In 2020, companies have been forced to try new technologies because of the pandemic. One company sees this tech staying for the long haul.

TechRepublic’s Karen Roby spoke with Kyle Jackson, founder of Talespin, a software company that specializes in immersive technology, about how businesses are using new technologies in the pandemic and into the future. The following is an edited transcript of their conversation.

Karen Roby: I think this is really interesting, Kyle, that you guys talk to customers every day, and you’re hearing the things they’re saying, the problems they’re having, solutions they’re looking for, and you put a lot of that information together to come up with some predictions for 2021. Of course, the first prediction I would like to think that we would all think is that it’s going to be a more positive, better year for all of us all around.

Kyle Jackson: I certainly hope so. It seems like businesses are starting to make investments that are being driven by that narrative, at least for their people.

Karen Roby: In talking about the future of work and what things are going to look like for us and how things are changing and so rapidly. Talk about some of these predictions, how you came up with these, and we’ll just go from there. Just highlight a couple for us.

Kyle Jackson: Talespin’s in a really interesting seat right now. We started the company about five years ago, and the whole genesis was the idea that work was going to drastically change at the hands of technology over the next decade, and there was going to need to be some really re-architected foundations for how we think about that. A lot of those just got accelerated. So, we find ourselves in conversations with all of our customers from the last five years on this very topic. We’re one of the companies they may be talking to most openly about this.

The predictions really fall into three big, broad narratives, from my perspective. There’s definitely an acceleration of investment in automation and productivity technologies, that kind of goes without saying. But it was really interesting. We started having a number of conversations and have talked to some of the big consulting groups that are saying the same thing.

But the sense is that a lot of companies were hesitant to make investments in these areas because of the implications on their workforce and the potential backlash of people not quite understanding them. Also, the technologies not being mature, and all of a sudden COVID-19 took that away for them. Overnight they said, „Well now we’re forced to.“ So, we’re seeing huge acceleration in those investments.

That then comes with the second big, broad area which is rapid re-skilling, businesses just looking at everything about how we delivered service and what our products are and so forth, is changing really fast. So, we need to think about how we prepare people for the new opportunities.

Then really the last one is just a continued fusion between the physical and virtual worlds. We obviously are all at home doing lots of virtual things, but we’re not doing a lot of physical things anymore. There are technologies now that are really at the center of fusing those things back together. It’s a bit of a different look once we do that. Those are the three big areas, I think, that we’re going to see huge investments and drastic changes in the next 18 months.

Karen Roby: Excellent. You mentioned (virtual reality) VR and we talk about the technology that we’re really going to see move a little bit more to the front of the line, and some of this tech is really going to change how we work. No doubt we’re getting used to things like Zoom, and now we’re experiencing Zoom fatigue and these kinds of things every day. What tech do you see really moving forward as an answer to where we are now?

Kyle Jackson: One of the things that was really difficult to replace with Zoom was your corporate universities and a lot of the bigger in-person training types of uses that large companies deal with every day and thousands of people annually. That was a bit of a first mover from our perspective. We’ve seen people jump full into using VR and mixed reality to replace those in-person labs and in-person training sessions, and I don’t think that’s going back. I think that’s just going to continue to invest that way. There are too many additional benefits to come out of these mediums over the traditional way of doing it.

That’s a bit like the tip of the iceberg. Once we start to see the ROI from those obvious use cases, it starts to work itself backwards into things like maybe replacing meetings in Zoom and other types of areas of field work, where virtual and mixed reality will change the way we do things there, too.

Karen Roby: When we talk about that type of technology and where Talespin comes in, especially, talk a little bit about when it comes to extended reality and how you guys are weaving different pieces of the puzzle together.

Kyle Jackson: It’s those three broad narratives all woven, really interwoven. We’re all working apart, and we’re all seeing our businesses change drastically, and that’s driving these investments in automation and other technologies. Between those three things, you have to start thinking what’s the new foundation? What’s the thing that all of us can expect from businesses as a way we’re going to interact with our customers, with each other and, and deliver these services?

(Cross-reality) XR as a field can actually step behind different types of interactions across that whole what we think of the workforce life cycle. We think of the whole thing from the moment you’re introduced to a business to the moment you’re managing maybe hundreds or thousands of people. Extended reality pretty much fundamentally changes that at every single stage.

Like I said before, the first place is really people are looking at recruiting and training, where they just don’t have access to the centers they used to. Another area where people are seeing really strong return on investment is using remote assistance technology. If you have a field worker that’s going out and servicing, say, a telecom need, you can bring in an expert that’s sitting in their home office and you can bring them alongside that work in a mixed-reality way.

You’re seeing these use cases, early use cases, really proved themselves out. The ROI metrics are so strong that we’re now seeing that COVID-19 pushed it from experimentation phase to production phase. Now it becomes the new standard way of operating. With our own work, we’re going from what was two or three, four use cases across a huge business, maybe one of the largest insurance companies or telecoms in the US, and now they’re thinking about it times every single business unit at once in parallel. How do we do it for everything?

Depending on which part of that workforce lifecycle you’re attacking, it’s a little bit different, but generally it stems from the same advantages that extended reality provides, which is just virtual, but physical. You are virtual, but it doesn’t feel that way because you get all the benefits of being onsite or being in person, and you get more benefits of, you can bend physics and you can do all sorts of crazy stuff. So, it really becomes an interesting new foundation to build on for work. 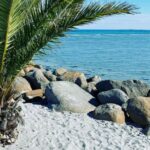 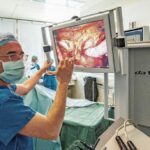