KLM Royal Dutch Airlines has announced that starting November 5, the company’s regional airline subsidiary KLM Cityhopper will be introducing virtual reality VR training for pilots flying Embraer 175 and 190 aircraft. Developed in-house, the VR training courses will allow pilots to make more effective use of their training time and will also yield cost savings, according to the company, which added that KLM Cityhopper is also the first airline to integrate VR into its pilot training for Embraer aircraft.

KLM Cityhopper has a fleet of Embraers serving European destinations. The company decided to investigate the capabilities of VR in an effort to respond more flexibly to pilots’ differing training needs.

“Virtual Reality makes training more accessible. It is on-demand and site-independent – pilots don’t have to be in a classroom or a simulator at a certain time. What’s more, it invites them to explore, something they can do safely in a virtual environment,” said Sebastian Gerkens, Senior Instructor Embraer at KLM Cityhopper. “VR allows pilots to familiarise themselves with the cockpit in advance, so that they make more effective use of their simulator time.”

KLM stated that the new training approach will help to generate cost savings since it cuts down on the number of external suppliers and makes pilot scheduling more flexible.

The VR training courses for the Embraer 175 and 190 were developed by KLM’s own VR experts in cooperation with KLM Cityhopper. Training consists of three applications, all part of the Type Rating Course in which pilots learn the specific characteristics of the aircraft type they are going to fly. These applications include:

“These are also the three different ways to capture content used to create VR applications,” explained Werner Soeteman, Manager of the VR Centre Of Excellence at KLM IT. “The interactive virtual cockpit was created on computers entirely by our team of VR developers and 3D designers. To produce the 360-degree video and photographs, one of our VR engineers sat in the cockpit operating an advanced 360-degree camera during a flight, in close cooperation with the KLM Cityhopper pilots. Our developers haven’t the faintest idea how an Embraer works, although they’ve certainly learned a lot.”

KLM noted that it has long been interested in using VR for the training of its staff. The company already has VR training courses for maintenance engineers and KLM Cityhopper cabin crew, and now the Embraer 175 and 190 pilots will be joining.

The VR courses complement KLM’s existing training programme, however KLM Cityhopper is also exploring whether it can obtain EASA (European Union Aviation Safety Agency) certification for the courses, which would then eventually replace some of the standard training components, such as classroom instruction, cockpit training posters and textbooks. The company closed by stating that the safety and quality of its training is and always will be its top priority. 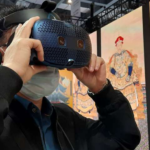 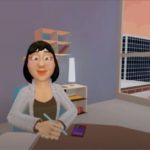