The above image deptics the Vive Proton prototype VR headset.

Before any consumer electronic product with electromagnetic emissions (radiofrequency) can be sold to the public, they must meet specific requirements to be considered safe by the FCC through an FCC Test Report. These emissions (or waves of energy) can come from any electronic product that uses WiFi, infrared, or sensors that you might find in a VR headset for tracking.

A newly public FCC Test Report uncovered by Road to VR shows that HTC, the company behind Viveport and the Cosmos Elite VR headset, has recently submitted a new filing for what looks to be a new VR headset that would expand HTC’s lineup of immersive tech hardware.

The information filed on FCC Report No: FR073116-01AD lists a “Headset” with a model name of 2Q9R100. The listing also has the device under the Vive brand name with HTC Corporation as the applicant.

All the clues point to a VR headset, but there aren’t a lot of details available to give us a clear picture.

What we do know is that according to the report, the mystery device was sent in for testing in August and is now moving forward to the next phase before possible mass production for consumers.

Based on an image used as part of the Test Report filings, the device slightly resembles that of the next-gen all-in-one Vive Focus. It could also be a newer version of the Cosmos series or even Vive’s Proton headset.

Since introducing its original Vive headset back in 2016, HTC has remained an industry leader, offering VR solutions for everyone from at-home VR gamers to the military and workforce training. Since then, the headset has gone through several iterations leading up to HTC’s current Cosmos series, a modular VR headset that uses swappable faceplates so you can expand the functionality of the headset.

Unfortunately, HTC’s Cosmos headset had a shaky launch with some users reporting lighting issues that heavily impacted the tracking performance of the VR device. My own personal experience with the Cosmos was actually very positive. Personally, I think it’s an excellent option for any VR user, whether it’s games, educational, or training.

Recently, HTC has focused its attention on VR solutions for education and training through the release of their Vive XR Suite, a collaboration tool that will help enable the “What’s Next” for virtual workspace. But it doesn’t mean the company has moved away from its hardware endeavors. This new FCC filing proves that.

Right now everyone is talking about the Oculus Quest 2 and how the new-and-improved headset has raised the bar for standalone VR. Could this mystery headset be HTC’s attempt at a Quest 2 killer? Or is it an entirely new VR headset that will re-shape the industry entirely? 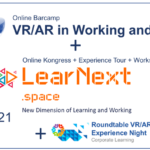 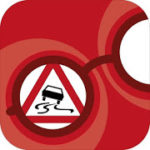