The VR revolution has been 5 minutes away for 8 years

What keeps virtual reality stuck in the future?

What does the future hold? In our new series “Imagining the Next Future,” Polygon explores the new era of science fiction — in movies, books, TV, games, and beyond — to see how storytellers and innovators are imagining the next 10, 20, 50, or 100 years during a moment of extreme uncertainty. Follow along as we deep dive into the great unknown.

VirtualVirtual reality is either better than it has ever been, or at least a few years away from mainstream acceptance, depending on who you ask. Both points of view always seem to be true. That’s because VR has been five minutes away from some kind of breakthrough for about eight years.

Which points at one very hard truth: We’re much further away from VR headsets being just another appliance in the home than many in the industry would like to admit. The promised future hasn’t happened yet, but it still feels like it’s right around the corner. What exactly is holding it back?

Part of the issue, paradoxically, is that VR technology keeps getting better, and less expensive. The first Oculus Kickstarter — in which folks could buy a virtual reality development kit significantly better and much less expensive than anything else on the market at the time — led to a $2 billion acquisition by Facebook in 2014. Now we have Oculus Quest 2, an untethered, remarkably capable $299 portable VR headset with ridiculous resolution and performance, all without the need for external sensors.

There were many steps taken by many companies across many products, from between those two events, but VR is getting better and less expensive at such a ridiculous pace that it’s impossible to know when to jump in and just buy one. Why get a Quest 2 when something even better could be a few months away? The specs are increasingly improved. The tracking is improved. The device is less expensive. Each new set feels closer to the truly transportive experience the technology promises. “This is the one to get!” — until next week, when we’ll likely all meet here for the same speech about another product. Imagine a hobby like video games where, instead of a new generation of consoles launching every five to 10 years, there’s a new wave of releases every six months to a year. And it’s not as all-purpose as a phone — a virtual reality headset is just for virtual reality experiences.

I’ve followed VR since the ’90s, and it’s only started to get really good since John Carmack began demoing Doom 3 on that very first Oculus Rift prototype in 2012. The problem is that, since then it’s continued to get so much better at such a rapid pace, it’s become impossible to recommend as a casual, consumer product. I usually tell people to just get a Quest 2 these days, but Facebook itself makes that a hard sell.

There’s a secret the VR industry doesn’t want you to know, however, and they’ll never talk about it. Especially since people like older virtual reality enthusiasts like me are often so ready to praise the latest breakthrough: For all the exponential growth the technology has seen in just the last decade, as it exists right now, VR is still horrible.

The problems with modern VR

Current VR hardware, no matter how much it improves on previous designs or technology, is a trainwreck for anyone but people who like to build their own PCs. The Quest is the closest anyone has come to releasing something truly good for a truly large number of people, and even that hardware is light years away from being something your figurative parents or skeptical partner would want to use.

I’ve given demos to dozens, maybe hundreds of people since my first Oculus Rift development kit arrived, and introducing people to VR remains one of my favorite things. It’s not often you get to share actual wonder with people, and just about everyone feels some sense of wonder when they try VR for the first time. Then questions and currently unsolvable problems begin to come up.

You have to think about the strap, for starters. If a user has spent any amount of time on themselves that morning, they are not going to be enthusiastic about tightening plastic, rubber, or nylon braces over their head and crushing their hair. I bring this up from time to time when talking to VR designers or fans, almost always men, and their first reaction is usually to laugh. They tend to stop when they see how serious I’m being. I was only able to get certain family members to try VR at all after physically removing the strap completely so they can hold it up to their eyes without ruining their hair. VR does not have a good solution to hair or makeup problems.

Imagine trying to get any other technology to become as ubiquitous as say, a smart phone or 4K TV, when it’s that hard to use without looking like you just rolled out of bed. The fact that we hear about the hair and makeup issue so infrequently isn’t evidence that it doesn’t exist, it’s evidence that many folks in the VR community don’t have a clear sightline to what mainstream acceptance actually looks like, or what it will take to get there.

VR is also hard to fit into the day-to-day lifestyle, unless you’re already committed to the experience. It’s easy to turn on your TV, but most VR games need standing space, and you can’t easily see the real-world environment around you while you’re wrapped up in playing. My son loves to play VR in the living room, but his arm movements often inadvertently smack someone trying to watch TV or play with Lego bricks, forcing him to self-banish to an empty room if he wants to keep playing.

Adding to the frustration are laptops labeled “VR-ready” that don’t come with displayport standard, meaning you’re stuck using an adapter to connect most VR headsets, which often leads to HDCP errors. I’m not even going to unpack what all that means practically, just know that finding a good VR laptop, and matching it with a good headset, requires a lot of knowledge most people don’t have. At least Quest 2 only needs a USB cable, right? Except it’s a specific standard for both the port and the cable, and navigating that on Amazon or, god forbid, a big box retailer, is a mess for most people. This is not a future that’s ready for everyone.

The technology of VR has come such a long way, but true acceptance won’t arrive until the hardware becomes a lot easier to navigate in the most common household environments, by ordinary folks who don’t study cable standards or want to have their face and head mussed up every time they want to play a game.

So what’s it going to take?

Over the years of studying and engaging with virtual reality, a few things need to happen before this futuristic technology finally enters the present. VR headsets need to become as light and effortless to put on and remove as standard eyeglasses, with an option to instantly turn the view from opaque VR to completely transparent reality. The same option has to exist for audio. People need to be able to put it on like glasses, with an instant toggle for either complete immersion, a complete return to reality, or something in between. Other headsets are already playing with some of these ideas, but nothing is close enough to really break through in the way the industry needs.

(I want to note: Augmented reality is not a divergent path for this future. The public will understand the mental heath nightmare of AR the moment a virtual political candidate walks into someone’s house, stands in front of the TV, and won’t leave until they’re done the speech they’ve paid Facebook to deliver in living rooms around the world., We’ve watched big tech companies sell us out time and time again.)

There needs to be some kind of plateau where VR becomes “good enough” for most people, without them listing the things they wish it offered after playing for a few minutes. And that plateau has to last long enough that people feel like they can make a purchase without their hardware becoming obsolete in the next few months. Think of it like buying a TV: You can spend anywhere between $50 and $10,000 on a screen, but there’s a comfortable, relatively stable middle ground where most people can buy an inexpensive TV that does everything it needs to do, without a less expensive model coming down the pipe with significantly better features. VR needs to reach that point.

It’s these features — an effortless flow from reality to the virtual world and back again, a lack of pressure on the face and hair, and faith that the tech is finally “good enough” to fit in with someone’s life — that are currently missing. But we can imagine them. We know what they may look like. In fact, someone is likely working on them right now. They could be just a few months away, and that’s the entire problem. 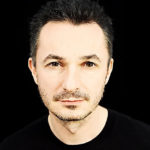 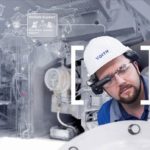