Today, virtual reality pioneer Oxford VR has announced the closure of a landmark $12.5 million Series A funding round—the largest investment funding for VR therapy in the UK and Europe.

Led by  Optum Ventures and supported by Luminous Ventures, this investment will enable next-level growth of pioneering immersive VR therapy for depression, anxiety and other mental health conditions.

Founded in 2017, Oxford VR is a spinout from Oxford University’s Department of Psychiatry and builds on two decades of research by Professor Daniel Freeman investigating VR’s potential to create powerful, automated psychological treatments that revolutionise the way people experience therapy.

In the virtual reality therapy program, an animated coach guides participants through activities … [+]

In VR therapy, individuals put on a headset and enter VR simulations of the situations and environments that trigger their symptoms. Throughout their treatment, individuals are asked to complete several different tasks that are graded in difficulty and are coached on helpful responses. The VR environments give people reassurance they can try out new things safely and that they’re not in any real danger.

The great thing about VR therapy is that the behavioural changes made in the VR environment transfer to the real world. Plus, VR therapy is automated, so therapists can be redeployed to more urgent cases or other aspects of care.

Mental disorders are on the rise in every country around the world and will cost the global economy $16 trillion by 2030.  The World Health Organization has reported that one in four people in the world will be affected by mental or neurological disorders at some point in their lives. Around 450 million people currently have such conditions.

From access challenges, poor outcomes, the high cost of care, low patient engagement rates and a shortage of skilled clinicians, there are huge unmet needs in mental healthcare. In fact, 75% of people with a mental health issue go untreated.

Virtual reality is a welcome additional treatment and the investment that Oxford VR has received shows that the potential of immersive technology to help the global mental health crisis has been recognized. 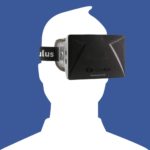 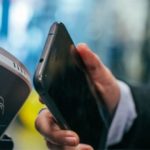