For much of 2020, the construction industry has been scrambling to maintain productivity while staying socially distanced. Video conferencing was the first option for most, because it was fast, cheap and everyone has a laptop, tablet or phone. However, like any other industry, the limits of communication through a flat, two-dimensional window became more of an issue the longer lockdowns have persisted. The inherent person to person style of construction work, and the three-dimensional nature of the work itself have made the shallowness of video even more of an issue.

Nevertheless, this virtual meeting requirement has accelerated the introduction of new ways of organizing reviews and collaboration. What used to be required in-person meetings have been re-thought, in some cases permanently. Which leads to a question—if a meaningful portion of meetings are virtual, is there a way to recapture the energy and focus of in-person of in person meetings, while preserving the flexibility, speed and convenience of virtual conferences?

For years an answer to this question has been virtual reality, but until recently the cost and difficulty of buying headsets, as well as finding and buying software that actually worked, were barriers. Four things have changed that equation—headsets, multi-user VR, model viewing, and blending video and VR.

The first issue is always how to actually get into VR, and for years that has meant about $3,000 for the headset and the big computer to run it. It also meant that big computer had to be moved around, integrated with IT and so on.

In 2019, with the launch of the Oculus Quest, that has changed. The sub-$500 machine syncs to a mobile device and is completely portable, and has created a whole new class of flexible, powerful experiences. On Sept. 16, new models are priced lower with more powerful options. For the price of a low-end iPad, firms can access powerful VR experiences that are just as easily managed as that iPad.

Obviously, a meeting isn’t much of a meeting without others in the experience. Early VR applications focused on single-user training, games and other experiences. For the past two years, the ability to host multiple participants at once has increasingly become easy and commonplace. Mozilla Hubs, Altspace, VRChat and others all offer open consumer-grade virtual reality meeting experiences, while Foretell Reality, Adept XR and others offer more enterprise-level options.

What makes the difference between consumer and enterprise is the ability to control access and introduce all manner of media into the VR experience, from 3D models to PDFs to videos and of course images. Collaboration is made more powerful by the tools these platforms offer.

At the center of many virtual meetings is a 3D model, either as an early rendering or, more often, as a BIM model. The ability to integrate a real, live model has taken dramatic steps in the past year, as Unity launched its Reflect product, which allows users to easily import a live BIM model. For even faster performance, the team at VIM have created a BIM viewer that works across media and can handle truly impressive model sizes.

The ability to do actual work, like annotate and even make changes in BIM models, has continued to improve, making VR planning meetings all the more productive and seamless.

As useful, convenient and efficient as VR can be, construction does not have a history of operating there. The ability to pull in Zoom videos, or even 360 videos of a meeting, combining these with a team that’s assembled in virtual reality, is a real game changer for virtual meetings.

While the integration of Zoom offers limited benefits beyond just extending the reach of virtual meetings, the ability to integrate a group of people sitting in, say, a construction planning “big room,” with another group that are joining in virtual reality promises to bring the best of both worlds, allowing efficient collaboration across distances. Imagine how much more tightly design, engineering and construction can work together when it takes less than a minute to join an in-person meeting and review real models in real time?

With the advent of high quality, low cost virtual reality gear, powerful new meeting software and an expanding kit of tools that can be used in these meetings, the promise of virtual reality as a breakthrough construction meeting technology has finally begun to bear fruit. 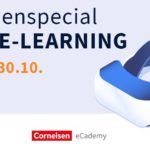 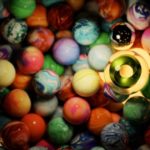