A technological breakthrough by the researchers from the University of Birmingham, published in Science Advances, uses the Rayleigh waves to make virtual reality touchable.

Phys.org reports that the researchers are part of the H-Reality, a European consortium that uses the theory in developing novel virtual reality technologies that included the sense of touch.

That means science is one step closer to touching things while using the technology of virtual reality.

The sensations of sight and hearing are experienced in virtual reality technology. Soon, the sense of touch will also be part of it thanks to the researchers looking into using Rayleigh waves to send signals to the brain to make holograms touchable.

Rayleigh waves are seismic waves commonly associated with earthquakes discovered in 1885 by John William Strutt, Lord Rayleigh. These waves are the energy that passes over the surface of an object when hit, leading the researchers to create the first scaling law of the sense of touch.

This is being used in the technology of VR in hopes of incorporating the sense of touch. The researchers discovered that Rayleigh waves travel through the skin and bone layers, which the body’s touch receptor cells pick up and send the message to the brain.

They used mathematical models of touch receptors to show how it responds to the Rayleigh waves, which could vary on different species. Still, the wavelength’s rate remains the same based on receptor depth, enabling the universal law to be defined.

The law is based on approaches that were first developed a hundred years ago to model earthquakes. Georg von Békésy won the Nobel Prize in physics and who first suggested that the mathematics of earthquakes can be used to explore connections between Rayleigh waves and touch.

Study lead author Dr. Tom Montenegro-Johnson from the School of Mathematics of the University of Birmingham said that touch is an essential primordial sense and the most complex, making it the least understood of the senses. The technological breakthrough is the first to explain the sense of touch in this manner.

His co-author James Andrews also from the university, said that the principles they used allowed them to understand better the different experiences of touch among a varied range of organisms.

„For example, if you indent the skin of a rhinoceros by 5mm, they would have the same sensation as a human with a similar indentation – it’s just that the forces required to produce the indentation would be different,“ Andrews said.

VR Headset That Can be Controlled With the Brain

Speaking of virtual reality, The tech wing of Facebook Oculus is making a new VR headset controlled by the brain. Oculus plans to replace its current Touch controllers with a neural device, Ladbible reports.

Through their acquisition of CTRL-Labs, the startup that has been working on neural input, that Facebook’s founder Mark Zuckerberg announced last year in September.

The scientists at CTRL-Labs are making wristbands „picks up electrical impulses and turns them into digital inputs you can use in virtual reality‘ and ‚will give the sensation of being able to interact with digital objects.“ 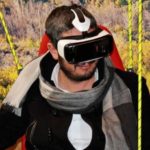 The Future Of Fan Engagement Through Virtual Reality 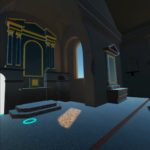