The AR experience that virtually launched the OnePlus Nord phone is only the start.

For a few years, a few years ago, Blippar was one of the most promising AR experience builders on the scene. Then, in 2018, the company entered administration and seemingly went dark.

Thankfully, the story doesn’t end there. Blippar is back and making a very strong showing with a series of public and historical experiences. To understand more about where they are now and where they’re going next, we talked with Blippar CEO Faisal Galaria.

The Road So Far

Blippar launched in 2011. The London-based company offered an app-based AR experience primarily for navigation. Shortly after its beta release in November of 2017, ARPost called the app “the future of augmented reality navigation.”

The app was innovative and there’s still nothing quite like it. Unfortunately, just over one year later, ARPost was writing an article of a different sort. Blippar had gone into administration. At the time, many blamed their business model which made revenue from advertisements placed in the real world – a move that would be very controversial today.

The company was later purchased by London investment group Candy Capital and was restructured.

“I was familiar with Blippar for many years because I used Blippar to launch Spotify in the United States,” Galaria said in a video interview with ARPost.

There is still a Blippar app, but the company has also moved into WebAR experiences. They also now target live events and connected packaging – specially marked packaging that acts as a target for advertorial AR experiences.

“We spent a number of months rebuilding the Blippbuilder, our content and authoring tool,” said Galaria. “Part of what I’ve done in this incarnation of Blippar is to focus it down and make it easier and easier to use.”

Blippar hasn’t been sleeping for the last two years, but their big reintroduction to much of the world was with the OnePlus Nord launch in July. That time last year, the launch of an anticipated mobile phone would have been attended by hundreds or even thousands of people. This year, that was impossible.

“The whole idea of doing an AR product launch really came about because of the Covid pandemic,” Galaria said. “We had this idea, with our friends at OnePlus, that you don’t really need to be in an exhibition center to have an exhibition experience.”

The AR experience that Blippar created – over a period of less than three months – was essentially a half-hour cinematic version of what the in-person launch would have looked like.

“It was as close as you could get to actually being there and, arguably, it was more scalable,” said Galaria. “It’s really given the fans a chance to be a part of the launch rather than just having it done to them.” Users around the world watched the event in AR on mobile devices, while millions more watched a 2D version on YouTube. At the height of the event, some 20,000 gigabytes of data were being streamed to more than seven-and-a-half million viewers, according to Galaria.

The First Branded WebAR Experience in the Middle East

The first-of-its-kind launch was definitely a big comeback for Blippar, but it isn’t all. During the interview, Galaria teased information that had not yet gone public – I was even able to get a hands-on-demo of a not-yet released AR experience. However, while this article was being written, Blippar reached out again to let ARPost know that the announcement was public:

“We were asked by Kellogg to launch the first WebAR experience across the Middle East,” said Galaria. “Young kids aren’t allowed to use Snapchat or TickTock [in the Middle East] but anyone can see the product box.”

While the branded AR experience of “Coco Pops” may have lent itself well to these social media platforms widely available in the United States, it could only be achieved through WebAR in the Middle East.

The experience, which allows children to play cartoon adventure games featuring the brand’s mascot, is launched from a target on 500,000 boxes currently on store shelves.

“We are delighted to have partnered with Blippar to create the first WebAR campaign for any brand in the [Gulf Cooperation Council] region,” Kellogg Company Middle East Brand Manager, Line Legasal, said in a release shared with ARPost. “We believe augmented reality has the potential to transform the way we interact with our audiences and the power of webAR has opened a whole new world of possibilities.”

While many people in the augmented reality space in the United States are aware of Blippar, many users experienced a Blippar solution for the first time during the OnePlus launch. This kind of statistic is also likely to change as Blippar plans expansion into North America.

“Over 60% of our revenues come from North America and next year, we’re planning on putting even more people on the ground and really expanding in the US,” said Galaria. “It’s really in response to the demand that we’re seeing.”

The Blippar of the Future

So, what changed? How has Blippar managed this turn-around? Galaria attributes it to the initial incarnation of Blippar being ahead of its time.

“So much has changed in the last two years, and even in the last year,” said Galaria. “The ecosystems were coming together and at the same time that the technology was ready.”

Blippar may have used this stars-lining-up moment to launch their comeback, but they don’t just want to benefit from it – they want to be a part of it.

“People are using the technology and finding their use cases and bringing their own creativity to the platform,” said Galaria.

Blippar has changed lanes since they reorganized. Their AR experiences are reaching more people than ever before and they’re only just getting started. We have our eyes on Blippar and if you haven’t yet you probably will soon. 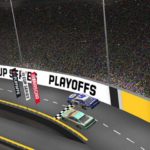 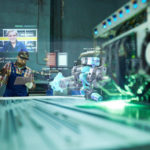