Compete in AR races against 16 playoff drivers across 10 playoff tracks.

It’s no secret that professional sports have been hard by the COVID-19 pandemic. Thanks to some smart decision-making on behalf of the NASCAR organization, however, the company has managed to draw big numbers with the iRacing Pro Series, a PC-powered virtual racing series composed of real NASCAR drivers following the actual NASCAR schedule.

And while the American racing league has since returned to its regular format, albeit with strict new policies regarding coronavirus, NASCAR is far from done with its virtual offerings. In honor of the 2020 NASCAR Cup Series Playoffs, the company has launched an interactive AR racing experience that allows fans the chance to customize their very own race car and test their luck on the virtual pavement.

Available now via the official NASCAR mobile app, NASCAR Mobile Playoffs AR features two game modes: Practice mode and Game mode. “Practice mode” lets you test your newly-crafted racecar on the track to get better accustomed to driving in AR. Once you’ve got a handle on steering, you can head to “Game mode” to compete against NASCAR pros with a playoff-based difficulty system of Levels 1-16.

You can race against all of this year’s 16 playoff drivers across all 10 playoff tracks as they appear in the series. At the time of this writing you can engage in AR races in Darlington, Richmond, Bristol, Las Vegas, Talladega, and the Charlotte Roval, with plenty more still to come:

“Augmented reality is helping us revolutionize the way that NASCAR fans engage with the sport,” said Tim Clark, NASCAR senior vice president and chief digital officer. “Our goal is to bring fans as close to the sport as possible, and AR is an ideal medium to help us accomplish that as we look to engage the NASCAR fans of both today and tomorrow.”

To access NASCAR Mobile Playoffs AR, simply download the free NASCAR mobile app on iOS or Android and select the Mobile Playoffs AR prompt. Then it’s just a matter of allowing the app access to your smartphone camera and scanning a flat surface to place the racetrack.

NASCAR has also released an AR burnout experience that allows fans to perform virtual burnout with official NASCAR vehicles. This can also be accessed via the existing NASCAR mobile app. 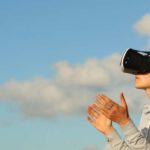 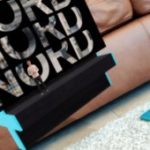