Why Are VR Headsets So Bulky?

Show me someone who looks cool in a VR headset, and I’ll show you a dork with no aesthetic sense. Largely, this has to do with their bulk: as consumer tech continues to shrink, they stubbornly remain massive, looking less like portals into hyper-real alternate dimensions and more like large futuristic sea animals devouring their wearers’ faces. One would have to figure that if smaller models were possible, they’d exist. So why don’t they? For this week’s Giz Asks, we reached out to a number of experts to find out.

“Ultimately, this technology is still in its infancy and still limited to early adopters.”

The term Virtual Reality was popularized in the 1980s, and looking at current VR headsets with their bulky black plastic housing, heavy straps, and tether cables, one can’t help but think VR never quite left the ‘80s. So why, in the age of smartphones and smartwatches, is this tech so bulky? Is it inherent to the function, like keyboard size, or is it just a limitation of the current generation of the technology?

The answer, predictably, is “a bit of both”.

But first, a little background. The key to VR is extremely low latency between head position changes and the associated movement being reflected in the image. Sensors (typically cameras) on headsets detect movement, which is used to quickly update the image to reflect the new head position. Typically these calculations are performed on a desktop computer with a high-end video card. The data is transmitted on a physical cable to ensure high speed and low latency. The large size of VR headsets support a high resolution display held in front of the eyes, stabilizes the headset and allows it to be held still relative to the face, stably supports the tether cable, and allows complete light shielding.

But these problems can be solved in other ways. The glasses need not be completely stable—assuming we compensate for both head-to-world movement and head-to-glasses movement. The data/power cable can be much smaller and attached to a waist computer—or better yet we can use a high-bandwidth wireless technology. The display can be projected onto the retina. But still, because of the requirement to hide the outside world, the total size cannot really get smaller than sunglasses.

Ultimately, this technology is still in its infancy and still limited to early adopters. If a major player like Apple, Facebook, or even Valve succeeds in making it mainstream we can expect to see the incredibly rapid development that has characterized laptops, smart phones/tablets, and even smart watches. My research uses AR and VR in augmented cognition systems for patient rehabilitation, where the bulkiness and tethering cables is an extreme limitation. So professionally, I’m betting that soon this technology is going to shrink.

“…everything you add introduces more mass and bulk into the problem.”

They really aren’t that bulky. But the reason they are the size they are…

The primary task of an HMD is to get a visual display to your eyes. Your eyes actually get data about distance based on how close they are focussed. So to defeat the accommodation system—or at least confuse it a bit—you either need the display at some distance or some optics to address this. So if you are looking at low volume HMDs then you have a display and some optics. That gives you volume in front of the head. You also want to make sure that the headset is more or less balanced. So you need mass behind your head to cancel out the optics and display technology. Now, you can do a few things to try to fix both of these problems: clever optics, mirrors so that the displays are not in front of your head, etc. But everything you add introduces more mass and bulk into the problem.

Related problems are head tracking and computation. One way of ’solving’ head tracking is to include accelerometers into the HMD (more mass). The mass there is not the problem, but you have to condition the data from the HMD which implies power and computation. More mass and volume. Finally you have to deal with the display. You can do computation and rendering within the HMD or outside of it. If you do it inside then you have to carry that silicon around with you and probably the power to drive it. If you don’t, you have wired or wireless connectors, and certainly power to deal with.

Executive Director of the FHL Vive Center for Enhanced Reality at the University of California, Berkeley

Since the invention of the first VR patent in 1958 by Morton Heilig, many scifi movies have envisioned a world where human’s perception capabilities can be augmented by AR/VR. The wide adoption of AR/VR into consumers’ daily lives relies on the headsets to be as light as possible, ideally as light as a set of prescription glasses—around 100g-150g.

1. The AR/VR hardware ecosystem has not been established. Since the successful acquisition of Oculus to Facebook, almost all headsets have been manufactured piggy-backing on the smartphone ecosystem, including the smartphone screen, smartphone CPU, and smartphone batteries. Relying on smartphone era manufacturing technologies will not get us to the range of 100-150g weight that would need to be worn around the head and on the nose bridge, not even today’s smartphone can.

2. AR/VR applications need much sharper dual-eye displays, which surpass any existing offering of the smartphone screen technologies. Best smartphones such as iPhones can create retina displays but only within a very narrow 7-10 degree field of view and within an arm’s length. Putting dual screens near eye then demanding 120-degree field of view will force makers to choose bigger LCD or OLED screens. The right ingredients must be new-generation of MicroLED or MicroOLED technologies. Setting up such a volume production assembly line would take billions in investments.

3. Another inconvenient truth is a headset needs to draw power from a battery. Battery technology advances much slower than Moore’s Law, roughly only about 10% capacity improvement every year. If a headset is to have its own battery, the weight will overwrite any potential saving from dedicated display and circuit hardware. So a way out is to have a happy marriage between AR/VR headsets and smartphones. Having lightweight AR/VR headsets to draw both battery power and processing power from smartphones will instantly make the components needed remaining on the headset very light. The roadblock is the communication standard to run a wire cable from the phone to the headset. Currently there are standards being crafted to enable exactly this mode of operation.

“The heaviest part is the battery—the displays are quite light, the electronics are reasonably light if they’re well-balanced, but the batteries we do not have a good solution for yet.”

They’re bulky because they’re in the beginning of an adaptation period, and the economic factors have been less important than the idea of getting headsets quickly to market. The heaviest part is the battery—the displays are quite light, the electronics are reasonably light if they’re well-balanced, but the batteries we do not have a good solution for yet.

But I don’t think this will be an issue for much longer. It’s certainly recognized as a problem—perhaps the main impediment to the broad adoption of virtual reality technology. Nobody wants to wear a huge uncomfortable sweaty headset for hours at a stretch. But there exist, right now, prototypes of contact lenses which can display a kind of combination of AR and VR. They’re on the low-resolution side, but it’s just a question of time and research before they improve. There’s also a company called Kura, in California, which is about to release an AR headset about the size of a part of glasses. The only catch is that the computing unit is not embedded in the headset—you have to carry it as a small box in your pocket, like a smartphone. But it’s better than having it on your head.

“The heaviest part is the battery—the displays are quite light, the electronics are reasonably light if they’re well-balanced, but the batteries we do not have a good solution for yet.” 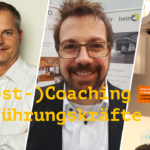 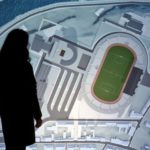