Attention deficit hyperactivity disorder (ADHD) affects millions of people — over 6 million children in the U.S. alone — and can range from a lack of control over impulsive behavior to an inability to sit still and pay attention. While prescription medications can help with focus, individuals may be able to learn concentration skills through personalized instruction, and XRHealth has developed a VR therapy app that can be used at home for that purpose.

Based on research into brain plasticity — the mind’s ability to restructure itself to overcome challenges — XRHealth’s app presents a visual, auditory, and physical experience that mimics real life, enabling users with ADHD to improve both cognitive abilities and motor movement. As an alternative to game-based ADHD treatments, the VR solution helps users improve their attentiveness, reduce impulsivity, and develop strategic life skills such as planning and executing daily tasks. At the same time, the system measures sustained focus in the presence of distractions.

The COVID-19 pandemic has reduced clinicians’ ability to offer supervised outpatient treatments for ADHD, a condition that affects some business executives, employees, and children who are now studying at home under their parents’ tutelage. Consequently, home therapeutic solutions that can be used without visiting a doctor’s office have become increasingly appealing, and the U.S. Food and Drug Administration (FDA) is permitting XRHealth to trial the ADHD app in patients’ homes during the pandemic.

As of now, the FDA will allow XRHealth’s app to be used in homes as an adjunct to other treatments, including medication and/or in-person therapy. But there are caveats: The app isn’t intended to replace other treatments, and will require an XRHealth-approved clinician’s guidance. Adults and kids 12 and over will be able to use the app right away; kids aged 8 and up will be allowed to participate starting in November.

Critically, clinicians will be able to use the app to gather eye-tracking data, gaining “unbiased, objective, and quantifiable” information about what the wearer is looking at during each VR session, with the ability to adjust task difficulty to motivate users to continue. Doctors can also see how each user is performing generally on tasks and track session-to-session improvements over time.

Though ADHD is often thought of as a condition affecting children, with serious negative impacts on early reading, writing, math, and scholastic/social interactions, it can persist into adulthood, stifling higher education and work. Some adults with undiagnosed or untreated ADHD are unable to concentrate on tasks for more than brief periods of time before shifting to other subjects, sometimes abandoning tasks without completing them. ADHD medications tend to work for several-hour stretches, but they aren’t an ideal long-term solution.

VR has been gaining steam as a treatment for various medical challenges, ranging from mid-procedure surgical pain to social anxiety, loneliness and isolation. It’s also being used to train doctors and coronavirus frontline workers, as clinicians have seen quantifiable improvements in everything from information retention to user relaxation when consuming VR content.

Users interested in the ADHD therapy app can apply for their insurance to cover XRHealth’s VR Telehealth Kit, which will include Pico’s Neo 2 headset, notably locked down in kiosk mode for use with the app. In the future, the app could expand to additional hardware, though that’s not a certainty at this point. XRHealth has offered Oculus Go and Quest-compatible solutions since its earlier days as VRHealth, as well as supporting HTC headsets, and was previously announced as a medical AR partner for Magic Leap.

XRHealth’s VR training solution for ADHD will help develop focus and concentration in the presence of distractions.Image Credit: XRHealth 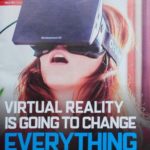 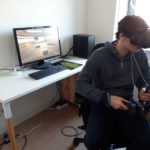 ILN: One Student’s Journey into a World of Virtual Reality Learning