ILN: One Student’s Journey into a World of Virtual Reality Learning

By Gertrude Pieper and David Espada

David, an 18 year old Dutch boy with autism, has big plans for the future. He would love to be an astronaut and travel to space. He would like to invent things and use technology to build flying cars and spaceships. David speaks English well, and he follows the news about space technology, and whenever there is a rocket scheduled for launch, he is ready to see it fly.

But school has been a struggle for David. Even though he loves science and math, David hasn’t been able to study these subjects adequately at school. In a classroom, he is easily distracted by noises, smells, a drafty window, movements of other students and many other things. It has been hard for David to be at school all day, to have lunch in a crowded, noisy school cafeteria, to have to sit down when he really wanted to walk or run. After years of school struggle, he has given up on finding a school where he would fit in.

The Dutch government does not support homeschooling. Only under exceptional circumstances, school-age children are exempt from school attendance. And yet, the number of children that do not attend school in the Netherlands is around 14,000 (reference: http://www.autipassendonderwijsutrecht.nl/thuiszitters). In Dutch, they are called thuiszitters (literally homesitters). Many of these kids want education, but are unable to find a school that could cater to their needs.

David has been one of those thuiszitters for the past few years, and his stalled education had become a source of frustration. But his interests in science remained, and he and his parents kept looking for ways to develop his knowledge and skills in his area of interest.

David has always been enthusiastic about new technologies, and as soon as VR headsets became affordable, he had to get one for himself. When searching for apps to run on his new HTC Vive in 2019, he found that many VR apps were educational. That’s when he and his parents thought of the idea to use his VR headset as a learning tool. They soon found VictoryXR, which seemed to offer exactly what David needed: engaging science lessons at middle school and high school level, in manageable chunks, and with a very affordable monthly subscription fee. It didn’t take long to set up, and David started trying out the lessons.

Since then, David has been using the software on a daily basis, selecting the lessons that interest him most, going on virtual field trips and learning through hands-on experiences and games. The content covers a wide range of topics in biology, physics, engineering, chemistry and earth science. The VictoryXR dashboard is easy to use and David quickly learned to install the different lessons on his computer so that he could use them with his HTC Vive headset.

This format works for David because he can explore the topics at his own pace, taking a break whenever needed and repeat lessons whenever he feels he hasn’t yet grasped the presented concepts entirely. There is none of the stress he felt at school, and there is no pressure to take exams or tests. Learning in a VR environment is exciting and amazing, and the focus on visuals helps David to memorize the content better.

David had tried to learn programming before, but it proved difficult. In the Rad Robot module, David was happy to find a place where he could learn the basics of programming by giving instructions to a robot to run, turn, jump etc., and he managed to let the robot loop through different sets of instructions. There are different levels and the more you advance, the more difficult it becomes.

David says: Learning through VictoryXR is like being at a school of the future. I think most schools in the future will be replaced with learning centers where students can learn independently using VR technology, through simulations. And I think that at some point, AI and robot (virtual) teachers will play a much bigger role in education than human teachers. It feels great to be part of this development already today, as if I’m a test subject for more advanced education formats.

I am also interested in the technology of implantable brain-machine interfaces (BMI) like the brain chips being developed by Elon Musk’s Neuralink company. I hope that VictoryXR will add content related to this, in the fields of neurology and AI. This technology gives me hope that at some point in the future, my autism will no longer be a limitation and I would be able to learn complex science topics quickly.

With VictoryXR, I can be a scientist in a simulated laboratory, doing experiments and engage with the topics I’m excited about. Some of the laboratories are even in space! Even if I never get to travel to space in real life, at least I can experience space travel in the VictoryXR environment. It’s awesome.

Learning through VictoryXR has given David a new sense of control over his education and the confidence that he can learn independently. The format takes away all the stress that he felt at school and adds to the excitement of learning and exploring. Learning has become fun again, and although VictoryXR doesn’t solve all learning problems or compensate for the lack of school diplomas, it may be part of a solution for young people for whom the school system, for whatever reason, hasn’t worked. 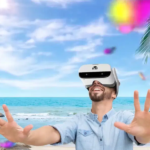 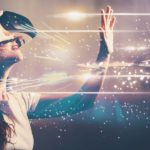