Pico Neo 2 Lite Is A 6DOF Standalone Headset With Superhot, But Only For China For Now

The Pico Neo 2 Lite might have dreams of one day taking on the Oculus Quest 2, and it’s launching with one of VR’s best games.

The Pico Neo 2 Lite is a new consumer-oriented version of the original Pico Neo 2, which launched worldwide earlier this year for enterprise. According to a Chinese report (thanks to Callum Hurley for tipping us off), the headset starts at 3799 yuan (about $560) for a 64GB version and features a ‘4K HD screen’ with 6GB RAM (same as Quest 2) and the Qualcomm Snapdragon 845, which doesn’t measure up to the XR2 chipset used in the Quest 2.

Two images make it seem like the Neo 2 Lite comes with a comfort strap that looks similar to Quest 2’s Elite Strap, which must be bought separately. However we wouldn’t expect this to include eye-tracking like the more expensive variant of the original Neo 2. Neo 2 also uses electromagnetic anti-occlusion tracking to achieve 6DOF support.

Pico has launched consumer headsets in the west before – like the 3DOF, Oculus Go-like Goblin – but they’ve never made much of an impact. The Neo 2 Lite, however, is launching with one of VR’s very best games – Superhot VR. It’s only the second standalone headset to get a native version of the VR great. It could be a signal that Pico is committed to building out a significant ecosystem for the platform, which is what its headsets have really been lacking in the past.

Then again, there’s still be a long way to go to build the kind of library seen on Quest today, though the Pico Neo 2 Lite does apparently support wireless streaming on SteamVR, a feature we won’t even see with the release of Quest 2.

We’ve reached out to Pico for more information on the device and to ask after a western release. We’ll let you know if we hear back.

Pico Neo 2 Lite Is A 6DOF Standalone Headset With Superhot, But Only For China For Now 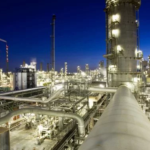 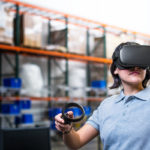