Cybersickness is a potentially debilitating side-effect of VR experienced by some people – but there’s a potential solution.

A study conducted at the beginning of this year has produced some interesting findings that suggest perhaps one’s sense of presence within VR could reduce the risk of cybersickness. Furthermore, the level of narrative depth in a VR experience could have an effect, too.

Cybersickness is a potentially debilitating side-effect of VR experienced by some people (you can read more about it here), and is demanding increasingly more attention from game developers and researchers alike as VR gaming continues to spread.

External influencing factors are obviously largely responsible for the experience of cybersickness and other forms of motion sickness, but there are important roles which input that originates internally from our brains play in it.

An example of one such (cognitive) factor emanating from within us is „sense of presence“ – in other words, that feeling of really being in a virtual world – and has been linked repeatedly to the occurrence of cybersickness in VR.

The main aim behind this study was to observe how – if at all – narrative depth affects the level of cybersickness felt, as well as the player’s sense of presence in the game.

Sense of presence is obviously contingent on where one’s attention is placed. In order to feel that presence, one’s attention must be focused entirely (or at least to a large extent) towards the virtual environment and its related events. Any unrelated internal feelings or external events will distract the player and interrupt their absorption into the virtual environment.

The Role Of Narrative

Participants in the study were made to play 7 minutes of Lone Echo, but just before that some of them were subjected to a short audio clip which provided a deep narrative background to the game, while the rest were given only a shallow contextual narrative. Afterwards, they were quizzed on how they felt in terms of illness, and sense of presence.

Their hypothesis was that a more in-depth narrative would foster a greater sense of presence in the VR world, and thus leave less room for the player’s attention to be drawn towards internal distractors like feeling nauseous. This makes sense, but unfortunately the opposite makes sense too, i.e. that feelings of nausea or other cybersickness symptoms could attract one’s attention away from experiencing a sense of presence.

Or perhaps enhanced sense of presence may even exacerbate cybersickness for some people. Any feelings of sensory weirdness might be less readily attributed to being artifacts of the simulation, thereby causing more disorientation. Basically, there are many ways in which these factors could interact, and indeed, the results out there are pretty mixed at best.

But back to the study. Although the researchers did not find that a deeper narrative was directly associated to lowered cybersickness levels, they did find that those who reported a higher sense of presence also reported lower levels of cybersickness, and vice-versa. That seems to suggest that those who were more enthralled in the VR world were experiencing fewer cybersickness symptoms, at least in this small sample of people.

Cool, that’s all great. But considering they tested this technique with only 42 research volunteers, the results aren’t at a level where they can be embraced with much confidence. So, off the researchers went to perform pretty much the same experiment, but on a larger sample of people – namely, 128 random people at a museum in Ontario, Canada.

Again, they found the same thing: that those who felt a higher sense of presence simultaneously reported lower levels of cybersickness.

Of course, the usual skepticism must be applied to findings that are on such a small scale (VR as an efficient experimental tool is still very much finding its feet), and some aspects of the researchers‘ original hypotheses didn’t turn out to be the case. However, there’s certainly something here that is worth chasing up – that there is likely some degree of association between level of presence felt in VR and cybersickness symptoms.

It would be wonderful if more solutions to this often-debilitating side-effect could be found through more studies in the future. 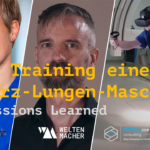 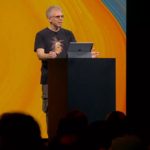