Existing users will need to merge their Oculus accounts in two years.

Welp, we knew this day would come. Earlier this morning Facebook confirmed in an official Oculus blog post that, beginning October 2020, those using an Oculus VR headset for the first time will need to log in to their devices with an official Facebook account for full functionality. Existing users are free to continue using their Oculus accounts until January 1, 2023, at which point they too will be required to abandon or merge their Oculus account.

According to Facebook, these changes are intended to provide a more seamless social VR experience for Oculus users by incorporating existing games and features made popular by Facebook. These new restrictions will also help pave the way for Facebook Horizon, an upcoming social VR platform for the Oculus Quest and Rift/Rift S that will allow users to meet and mingle in a virtual space, play games, and create their own experiences. Facebook also cites several improvements to users’ account security:

“Using a VR profile that is backed by a Facebook account and authentic identity helps us protect our community and makes it possible to offer additional integrity tools,” stated the company in the blog post.

“For example, instead of having a separate Oculus Code of Conduct, we will adopt Facebook’s Community Standards as well as a new additional VR-focused policy. This will allow us to continue to take the unique considerations of VR into account while offering a more consistent way to report bad behavior, hold people accountable, and help create a more welcoming environment across our platforms.”

While every user will eventually be required to connect a Facebook account in order to enjoy all aspects of the Oculus VR experience, you’ll still have the ability to create an original VR profile and hide your Facebook account information from other users. In the future, the company plans on introducing support for multiple accounts, allowing owners to share their headset with others without risking their personal information. Facebook, on the other hand, will have full control over your VR data, continuing their ongoing tradition of mass data sharing and targeted advertising.

Last year Facebook introduced a new policy stating that the company would begin tracking VR data on Facebook-enabled headsets as part of their targeted advertising campaigns. Oculus’ party and chat systems already require a Facebook account in order to function, which means the company has been collecting a sizable amount of data for quite some time.

With a new Oculus Quest headset expected to make an appearance this September at Oculus Connect 7 and rumors beginning to circulate regarding the release of Facebook Horizon, it appears as though we’re entering the next phase of Facebook’s social VR campaign. 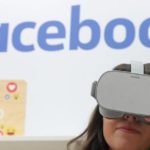 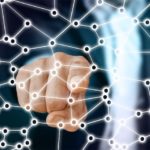