Last week we got a sneak peek into the future of healthcare digitization when Teladoc (TDOC) and Livongo (LVGO) announced plans for a merger. On paper (as of early August), the combined company would have a market value of more than $25 billion. The former is rapidly grabbing market share in virtual health through its telemedicine consultation services, while the latter has developed an AI platform for helping manage chronic diseases like diabetes remotely through an app.

We basically (and humbly) pretty much predicted something like this happening in our piece on Teladoc when we wrote: “If you wanted to create the ultimate medical chatbot, you could learn a lot by looking at the millions of telehealth sessions they’ve completed successfully.”

The companies are betting that the pandemic push toward telemedicine is the future of healthcare. They’re certainly not alone. We’ve covered a ton of telemedicine startups that use artificial intelligence, usually in the form of virtual assistants to help screen and manage patients before bringing a human doctor into the loop. The basic premise is that you can help reduce medical costs by cutting back on unnecessary visits to clinics or hospitals through virtual doctor visits and virtual doctors. You’re probably thinking that it’s only a matter of time before virtual healthcare also merges with virtual reality – and you’d be virtually (if not actually) correct.

What is Medical Virtual Reality?

Medical virtual reality solutions have been around for a number of years now, with companies like Mindmaze employing VR content to help rehabilitate people with brain injuries. In fact, a number of virtual reality healthcare startups have emerged to use the technology in everything from helping patients with pain management to training physicians fresh out of medical school. There’s also been quite a bit of traction in adapting VR to treat mental health conditions. The idea is that VR environments offer games, exercises, and other activities with applications for both diagnostics and treatment.

For instance, a study last year suggested that patients battling different forms of physical pain found more relief by plugging into a VR experience versus watching television, especially for those at the higher end of the pain spectrum. Kids can also get more out of VR than just elite sniper skills: A 2017 paper claimed that VR therapy significantly reduced acute procedural pain and anxiety for kids during a blood draw. Virtual reality to help treat PTSD has been tested and used since the late 1990s. However, most of these platforms still require patients to travel to a physical location to participate in these VR-based therapies. But Boston-based startup XRHealth is one of the first medical virtual reality companies that’s taking its solution virtual as well.

That was the same year that XRHealth revealed it would team up with Oculus, which is owned by Facebook (FB), as the main platform for its healthcare apps. Partnering with the manufacturer of the most popular VR headset in the history of the industry is certainly a good win for the four-year-old startup.

XRHealth showed last year it had no plans to abandon the software side of things by opening up its platform to third-party developers. XRHealth CEO Eran Orrv told MobiHealthNews that it is time to leverage the company’s R&D into capabilities like back-end analysis and remote monitoring, which are built into its own suite of apps. One recent-ish addition to the XRHealth stable is a VR platform called Helium that uses an EEG headband or Apple Watch to capture bio-signals through brain waves or heart rate. That somehow integrates into a VR or AR experience to modulate stress and bring about an ohm moment.

Apparently there’s even peer-reviewed science that says Helium reduced moderate anxiety by a third in as little as four minutes.

The company definitely seems to be positioning itself to be one of the gatekeepers of medical virtual reality, a market so new we’re not even sure what SEO to use to draw in future loyal readers for this article. And April’s infusion of money is a bet of confidence in the company’s new virtual healthcare clinic in an environment ready to embrace the idea that we really shouldn’t get too close to sick people.

A VR headset is provided if the patient doesn’t already have the hardwear, according to coverage in MobiHealthNews. Patients then get access to XRHealth’s broadening array of services that we mentioned earlier, following an assessment by one of the company’s telehealth clinicians. The clinician also logs into the VR session remotely to help adjust therapy sessions as needed. All data, of course, are collected and analyzed. The company claims the new service, reportedly available in eight states and Washington DC, is covered by Medicare and most major insurance providers.

XRHealth has also jumped into the healthcare version of virtual collaboration through VR support groups. The product allows users to remain unaccountable anonymous with up to nine other people at a time, with a professional also in the virtual space to mediate the whole affair. There are groups for whatever is bugging you, be it menopause, multiple sclerosis, or just plain loneliness and anxiety.

XRHealth is a young medical virtual reality startup that is quickly expanding its portfolio of products, services, and collaborations. The pandemic should certainly give the company a bump to its new virtual healthcare clinic. There is real science to back up many of these applications, though long-term success may hinge on at least a couple of things. First, can these therapies be designed and used consistently enough to provide real benefit? Second, will medical virtual reality be taken seriously enough to move past the fad phase where most of VR in general seems stuck? We don’t know the answers, but who knew that a couple of companies that offer chats bots and high-tech video teleconferencing could become a combined multi-billion behemoth?

Here at Nanalyze, we hold the lion’s share of our investing dollars in a portfolio of 30 dividend growth stocks. Become a Nanalyze Premium subscriber to access our report on Quantigence – A Dividend Growth Investing Strategy. We’ll show you how we selected our 30 stocks and teach you how to build your own dividend growth stock portfolio. 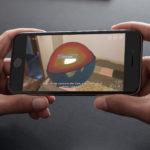 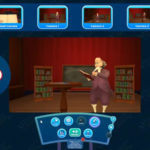