Professional soccer players have used the Rezzil virtual reality platform for mental and physical training off the field, including drills designed to improve their decision making and overall performance. Today, the U.K.-based company announced a partnership with esports company Harena Data to bring similar technologies to younger players in the United States, enabling kids to enjoy VR training and analytics — a good way to keep the young athletes moving even when they can’t face opponents due to the COVID-19 pandemic.

Rezzil’s program includes a collection of short, measurable drills that let kids kick a virtual ball, gathering information from thousands of data points as they naturally interact with virtual scenarios, including extreme game pressure simulations or gentler practice sessions. The system then assesses the player’s cognitive abilities, wellness, and skill level, which coaches can use over time to create “mentally resilient players” in the same mold as pro athletes.

For Harena, which already works with U.S.-based youth soccer associations, the platform means further expansion beyond its base of GYO Score esports and gaming data analytics customers into a more physical — though in this case, also virtual — space. It’s a smaller shift for Rezzil, which bills itself as a platform used in nine countries at every level of soccer from grassroots and educational play to European League and World Cup winners. Manchester United, Liverpool, Arsenal, Nike, and Adidas are just a few of the major names that already use Rezzil.

One hiccup: The system isn’t meant for use at home, and it requires both a PC-based Vive VR setup and external tracking cameras, which is to say that young players should expect to use it as part of their team training, not individually. 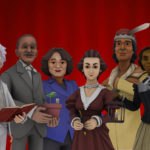 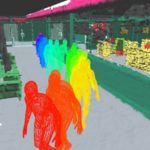