Schell Games, the virtual reality (VR) studio behind titles such as Until You Fall and I Expect You to Die also creates educational apps like HoloLAB Champions and HistoryMaker VR. Today, the studio has announced that HistoryMaker VR will be coming to Steam next month.

The title isn’t so much a videogame as it is an educational tool which allows you to embody various famous prominent figures from US history. You can step into the shoes of founding father Benjamin Franklin or Supreme Court Justice Sonia Sotomayor a perform speeches using an array of customisation options.

Designed to help students engage with history, they can select a character, set up a stage with different back­grounds and props, import a script and then record their performance. HistoryMaker VR includes a green screen option to get really creative with the backgrounds plus there are sample speeches and activities to get them accustomed to the software.

Other features also provide a ‘mirror mode’ so you can see what you look like in VR, changing your performance if needed. Plus, on the educator’s side HistoryMaker VR has a desktop comple­ment for classroom setup, manage­ment, and student assis­tance should they need it.

“We wanted to create something that not only allows students to learn, but, more impor­tantly, expe­ri­ence the words on the page. So often, reading about people and events from the past feels hollow, because it’s difficult to relate,” said Jesse Schell, CEO of Schell Games in a statement. ​“With Histo­ry­Maker VR, we hope to fill that void and make history learning inter­ac­tive and engaging.”

HistoryMaker VR will only support Oculus Rift/Rift S on Steam, with the launch scheduled for 13th August 2020. It’ll retail for $9.99 USD on the store but educators can access the app for free. 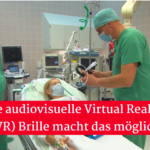 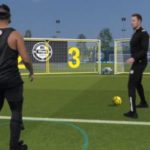