Social VR/AR platform vTime released a new update today that includes a few theater spaces where you can chat with friends and watch select sports programming on big screen TVs.

Programming is admittedly thin at the moment, which only includes select clips from Manchester City Football Club matches. The studio says however today’s launch is the first in a series of collaborations with a network of eight football clubs, including Manchester City FC, New York City FC, and Melbourne City FC.

Reading between the lines somewhat, it appears the integration is also paving way for more sanctioned content—provided the sports content creates enough draw to the social VR platform. Anyway, Man City fans must be happy to get back into the pub.

vTime is comparatively demure when stacked up next to social VR platforms such as VRChat or Rec Room, which is in part due to its simple UI and always-seated nature of its various platform-curated chatrooms. The same rings true for its two new theater spaces, a friendly-looking sports bar and a large Roman-style amphitheater with a giant screen. 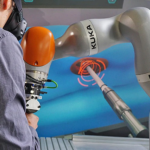 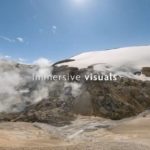