Version 18 of the Oculus Quest software is beginning to roll out this week, and if you have the redesigned universal menu on your Quest, you can find it in “Settings > Quick Actions > Voice Commands.” The Voice Commands icon is located next to the Microphone icon. Otherwise, you can find it directly in your Oculus home menu.

You can activate the feature by clicking an icon in the Oculus menu or by enabling a shortcut where you double press the Oculus button to activate voice commands. Available commands include “Take a photo” to snap a screenshot while you’re in a virtual world, “Start casting” to mirror the headset’s view to another screen, or “Turn off” to shut down the headset. “What can I say?” will show you examples of other available commands.

Quest’s software continues to become more feature-filled with new releases pushed out by Facebook. In recent weeks the company made it possible to set up a room-scale boundary with just hand tracking, to change the color of the barrier, and get alerted during room setup to possible objects in your space.

We don’t have the v18 update to Quest just yet to test this out. If you do have the feature already, please let us know in the comments what you think of voice commands on Oculus Quest. Facebook typically rolls out its updates over several days to ensure stability of the release. 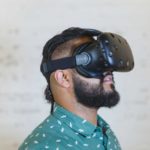 Virtual Reality for a New Reality: The Next Generation of Remote Working Technology 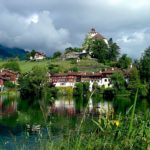