Bigscreen today released an update that brings to the social VR viewing platform a video player that lets you watch your own video files. Yes, even on Oculus Quest.

Bigscreen’s new video player lets you watch your own files alone, or with friends—provided they have the same file stored on their local machine. If your friends do happen to have the same file, Bigscreen automatically syncs everyone in the room so you can watch it together.

Exactly how you obtain those files is up to you; the new update is only a video player and not a file sharing service per se.

Bigscreen’s video player supports both 2D and 3D movies (side-by-side and over-under), and is said to support most of the common file types. At the time of this writing, the video player doesn’t support 180/360 content, or DLNA/Plex, although it’s currently being considered for a future update.

The social VR platform already has robust support for screen sharing, which is accomplished by mirroring the desktop of a host user to anyone in the room. With the recent inclusion of more direct streaming services, which includes both TV and movies, Bigscreen offered up a big slice of functionality to users on standalone headsets like Quest or Go, as well as to users without access to their own premium streaming services like Netflix or Hulu.

Today’s update, while offering a comparatively basic feature, actually puts Bigscreen in a better position to not only compete as a virtual desktop solution (more than it already is), but also to further fill the gaps that platform holders are leaving with their own lackluster native offerings.

There is another side to it, although it remains to be seen whether the worry is founded in reality or if it’s simple speculation at this point—anyway, insert grain of salt here. Bigscreen’s continued deals with movie studios and streaming services may put it in the position at some point in the future to somehow limit the screensharing aspect of its business on PC platform, as individual users can easily stream more movies than they could ever license for their paid (and free) movie viewings. The video player, for ill or good, may be a way for Bigscreen PC VR users to have their cake and eat it too should that particular shoe ever drop—putting the onus on the individual to share files instead of simply mirroring their monitor for all to freely view. Again, that’s a small slice of speculation for the old brainpan.

In any case, the next set of features on the agenda definitely sound exciting: a Bigscreen Friends system, more new environments, a redesigned avatar system, built-in YouTube and TV channels into rooms, and more movie studio partnerships to host 3D movie screenings. 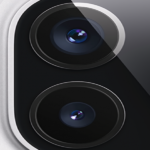 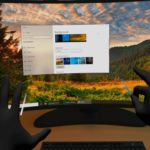