Building something with your own two hands out of wood can be rewarding, but also messy, difficult, and not always practical depending on where you live. In the upcoming Early Access game vrkshop, you’ll get a chance to learn and put your woodworking skills to the test.

According to developer scopatgames, vrkshop challenges you to build projects with hand tools, which means no snap-to-guides or limits on how to cut or fasten the lumber together.

In the game’s Steam listing, scopatgames says the goal is to strike a balance between realism, immersion, and fun, which is why it’s heading to early access first. It’s set to include two different play modes at launch: challenges and free play, the latter of which allows you to build anything you want.

The current build is nearly set for release, scopatgames says, which includes:

The game, which is said to launch sometime in July, supports your standard set of SteamVR headsets, including Oculus Rift, HTC Vive, Windows VR, and Valve Index.

Vrkshop is slated to leave early access sometime in 2021; scopatgames is aiming to include new tools, crafting techniques, interactions, challenges, free play environments, and methods to share the player’s own creations within the community before its full consumer release. 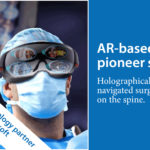 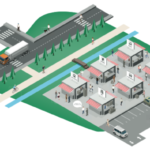