The interactive multimedia exhibit has been named winner of AAM’s 32nd Annual Excellence in Exhibition Competition.

Dedicated to honoring the incredible efforts made by public establishments such as aquariums, museums, and zoos, this year’s American Alliance of Museums’ Excellence in Exhibition Competition went to National Geographic Museum’s Becoming Jane: The Evolution of Dr. Jane Goodall, a cutting-edge multimedia exhibit honoring the life and work of famed English primatologist and anthropologist, Jane Goodall, widely considered to be the world’s foremost expert on chimpanzees.

Composed of numerous hands-on multiscreen experiences, visitors are taken on a cutting-edge tour guiding them through Goodall’s extraordinary career, from her early years working in the Gombe Stream Reserve in Tanganyika (now Tanzania) to her current duties as a conservationist and community educator.

Among the many educational elements included as part of the exhibit are a handful of interactive multimedia experiences designed by themed entertainment design company Falcon’s Creative Group which take the concept of interactive exhibits to the next level.

The first, a 3D hologram of Goodall, can be seen after touring through a replica of the research tent used by Goodall during her time at what was then referred to as the Gombe Stream Game Reserve, aka “Chimpland.”

After perusing through some of the tools and personal belongings used by Goodland during her 60-year study, visitors are then invited to sit next to an artificial campfire as a lifelike Goodall hologram delivers an impactful monologue about her time on the reserve alongside images provided by the National Geographic archives.

Further in they’ll find the Gombe 3D experience, a 360-degree theater experience which immerses visitors in the dense forests of Gombe, currently serving as home to roughly 150 chimpanzees, as Goodall reads from her field notebook.

“I felt frustration, even despair,” says Jane during the experience. “But my determination to succeed grew stronger. I often thought ‘this is where I belong. This is what I came into the world to do.’”

Other immersive experiences include a digital tree visitors can add their names after pledging to make healthy changes to their daily routines, as well as an AR-enhanced exhibit which brings to life Goodall’s notebooks using digital animations.

Due to the ongoing COVID-19 outbreak, the Becoming Jane: The Evolution of Dr. Jane Goodall exhibit is temporarily closed to the public, though you can take a virtual tour by visiting here. 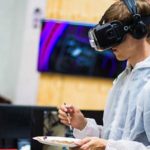 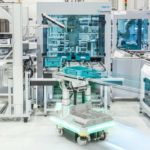