The tools have been under construction for a few years now and are meant to make cross-platform development of robust augmented reality projects easier with Unity.

According to Unity, the tools include:

Author complex, data-oriented apps visually with a customized window for AR creators that includes tools and UI that give you the power to see, prototype, test, and visualize robust AR apps as they will run in the real world.

The query system gives apps contextually relevant behavior based on the user’s surroundings. Pull in any kind of data – semantic object recognition, location data, map data, product data and more – from any source to include in your AR experience.

The procedural authoring system uses proxies to represent real-world objects, conditions, and actions as a framework.

Test in the Unity Editor

Test your AR experiences against a variety of examples of indoor and outdoor spaces without needing real-world data on hand or physically testing the experience in every real-world environment you want your app to work in.

Use gizmos for “fuzzy authoring” to define minimum and maximum measurements for real-world objects rather than coding precise measurements.

Build your experience once and deploy across all AR platforms, including ARKit, ARCore, Magic Leap and Hololens devices, with AR Foundation. AR Foundation is the preferred method for bringing real-world understanding into MARS.

AR apps face different design challenges as compared to other games — like play spaces that can vary considerably — so the new Unity tools are meant to make it easier to design with those types of considerations  in mind. Altogether, these new features may lead to a new generation of AR apps that are more useful or fun. We’re looking forward to seeing what developers make with MARS, you can learn more about the tools here. 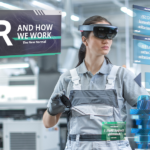 AR and How We Work: The New Normal 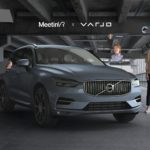