VR Is Being Used In Schizophrenia Therapy

VR is being used to target almost all aspects of schizophrenia, from cognitive functioning to basic skills necessary for holding a job.

VR is being used in therapy for schizophrenia, providing a fresh spark of hope for those who are living with the often-debilitating mental health disorder.

It’s pretty well known that schizophrenia is an incredibly complex disorder that can manifest itself through any combination of negative or positive symptoms. The former are the sensationalized things we hear about more often – hallucinations and delusions. Negative symptoms include things like low motivation, blunted emotions, and a lack of interest in social or pleasureful experiences, and are generally more difficult to treat than the positive symptoms.

Schizophrenia is often associated with the phenomenon of psychosis, which refers to an episode of mental distress that often leads the sufferer towards a disconnect between what is real and what is merely „in their head.“ Psychosis can be characterized by hallucinations or delusions, or intense bouts of negative symptoms like anxiety, depression, a lack of motivation, or many more.

Psychosis isn’t exclusively a feature of schizophrenia, it can show up in a range of other mental health disorders including bipolar, borderline personality disorder, and even depression.

The really cool thing about VR (okay, everything about VR is cool) is that it’s proving to be a fruitful therapeutic tool for treating the notoriously difficult-to-alleviate aspects of psychosis. This video features a man who suffers from bipolar with psychosis trying out a typical VR scenario which targets social paranoia – a common feature of psychosis.

The basic concept behind such therapy is to expose individuals to VR scenarios which mimic real-life ones wherein these people might feel the adverse emotions or perceptions associated with psychosis.

The intention is to incite these uncomfortable feelings within a highly controlled and safe environment, so that people can learn to understand them and – importantly – to develop coping mechanisms to combat them in real life. VR mimics real-life faithfully enough to feel real, whilst still being a less intimidating therapeutic tool for patients in that it isn’t actually real.

VR is being used to target almost all aspects of schizophrenia, from cognitive functioning, to basic skills necessary for holding a job or attending an interview, to auditory hallucinations – a common symptom of schizophrenia. So-called Avatar therapy (which has nothing to do with the blue people) has proven effective in dampening the adverse effects associated with auditory hallucinations.

Avatar therapy allows patients to put faces (customizable virtual faces, hence „avatar“) to the voices they hear, which ultimately allows them to attribute less power to the disembodied voices. There’s of course much more to it than that, but that’s the essential idea.

While traditional Avatar therapy involves interactions with avatars on regular computer screen, imagine the effects that might be felt if it were carried out in the immensely more immersive context of VR? This would certainly be a prime target for future research.

These are only a select few ways in which the power of VR is being harnessed in the fight against psychosis and schizophrenia. This field is still certainly in its infancy, but even the small amount of studies performed so far are bearing results worth getting pretty excited over. 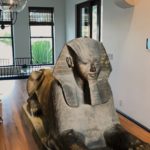 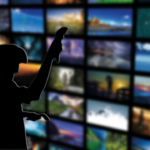 The 10 most innovative companies in augmented...

The Future of XR’s Remote Events in...