Blender, a popular free open-source modeling and animation tool, is soon to get VR support via the OpenXR API. Initially users will be able to step into their 3D scenes to see them up close and at scale, with new features expected in the future.

The next version of Blender, version 2.83 planned for release in late-may, will include a first wave of VR support, the company recently announced. VR support is being added via the OpenXR API, which will allow the software to interface with any headset supporting OpenXR (which has wide support in the VR industry, though is still in the early process rolling out to individual headsets).

Initially, Blender’s VR support will only allow for scene inspection, which means users can look at their creations up close and at scale. For those using Blender to create assets and animations for use in VR games, being able to see their creations in-headset before being imported into a game engine could help streamline the production process.

More VR features are expected to be added in the future. Last year a Blender developer said “We have an awesome team of people interested in working on [XR].”

As Blender is a very complex piece of software, it’s unlikely that the full feature set (or even half of it) will be functional in VR, however it’s conceivable that in the future users might also be able to move objects in their scene in VR, and perhaps even do basic modeling and things like rigging and ‘puppeteering’ for animation.

Well before Blender’s upcoming official VR support, third-party plugins like Blender XR by MARUI have already made it possible to view and interact with Blender scenes in VR. However, official support, especially via OpenXR, should help futureproof the feature by ensuring compatibility with future headsets. 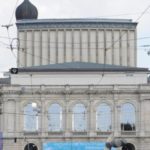 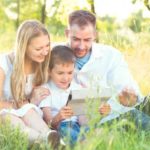