Back when tech events were still taking place, mixed reality (MR) glasses manufacturer Nreal took its latest model – the Neal Light – to CES 2020, showcasing a lightweight device in a stylish form factor. While manufacturing around the world has stuttered due to the ongoing pandemic Neal has announced the opening of its own in-house optical production facility to support its growth.

Based in the Wuxi National High-Tech District (WND) of Wuxi, China, the factory will produce Nreal’s optical displays and is the first of a two-phase approach. The new 64,500 square feet facility will allow Nreal to scale up production capacity to one million display units by the end of the year. This should then allow the company to lower costs and offer an even more consumer-friendly pricepoint for future MR glasses.

The second phase will see Nreal move to a new R&D centre and expand its production floor to 215,000 square feet. The facility will house up to 600 employees to help develop the next-generation of optical technologies.

“Our display and image quality is a point of pride for Nreal and one of the more prominent features praised by developers and users of Nreal Light today,” said Bing Xiao, cofounder of Nreal and Chief Optical Scientist in a statement. “Today is a key milestone for us because opening a new optics factory in a city like Wuxi, China enables us to flexibly scale our production capacity and personally oversee the production of this key component. This means that we’re not only able to meet the compounding demand for the highest quality displays when we ship Nreal Light, but we’re also even considering expanding the demand to prospective partners interested in this technology.”

Nreal is also keenly investing in the 5G space having previously announced several partnerships with companies like KDDI and Deutsche Telekom. And just last week Nreal launched a customized version of Nreal Light in conjunction with China Unicom as they begin an initiative called the ‘N Plan.’ This is a nationwide search by China Unicom looking for MR developers to submit and build applications exclusive to Nreal Light.

The Nreal Light developer kit is available to pre-order now for $1,199.00 USD while the consumer version is slated to go on sale this year, priced at $499. 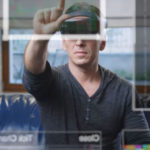 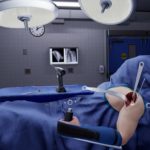 Stepping Up Communication and Collaboration With Virtual...