LiDAR, the light detection and ranging technology, is usually found in commercial and industrial equipment for things like 3D scanning buildings, land, and other objects. Now, Apple announced that its latest iPad Pro includes LiDAR hardware, making it what the company calls “the world’s best device for augmented reality.”

LiDAR is able to create a depth map by measuring how long it takes light to reach an object and reflect back. To that effect, Apple’s new custom-designed LiDAR scanner is said to operate at “nano-second speeds,” and work up to five meters away (~16.5 ft) from an object, something the company says it can do both indoors and out. This basically gives it a higher fidelity way of mapping a room for more accurate AR scenarios.

To do this, Apple says its new depth frameworks in iPadOS combines depth points measured by the LiDAR scanner, data from both cameras and motion sensors, and on-device computer vision algorithms via its A12Z Bionic chip.

The company has also integrated the new scanner to plug into its existing ARKit framework, giving all of the platform’s AR apps improved motion capture and people occlusion, Apple says. This close integration likely points to other Apple devices getting LiDAR for improved AR in the future, with the most likely suspect being the next flagship iPhone.

“Using the latest update to ARKit with a new Scene Geometry API, developers can harness the power of the new LiDAR Scanner to unleash scenarios never before possible,” the company says. “The LiDAR Scanner improves the Measure app, making it faster and easier to automatically calculate someone’s height, while helpful vertical and edge guides automatically appear to let users more quickly and accurately measure objects. The Measure app also now comes with Ruler View for more granular measurements and allows users to save a list of all measurements, complete with screenshots for future use.”

Priced at $800 for the 11-inch version and $1,000 for the 12.9-inch, the new iPad Pro’s LiDAR scanner comes alongside a list of other “pro” features, including new cameras, motion sensors, “pro” performance & audio, and a Liquid Retina display. Can’t forget that new Magic Keyboard, which Apple hopes will entice more users to finally make the switch from PC laptops to iPads. Check out the new iPad Pro here. 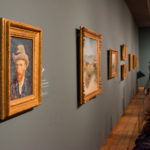 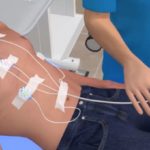 3-D Animation and its Role in Learning and Training