Should Augmented Reality Technology Be Democratized?

Augmented reality technology should be democratized, and here’s why.

Since Pokémon Go had the whole world catching monsters in 2016, no other augmented reality app has reached the same global scale. Some may be wondering why the development of AR technology seems to have stalled.

However, most of us are actually already using some form of AR in our daily lives. We see augmented reality technology at work when we use filters for our Snapchat selfies and Instagram videos. We also see various uses of AR in different industries including manufacturing and engineering. Still, this technology has such huge potentials that have yet to be realized.

So, why hasn’t AR become a mainstream product yet? One plausible reason for this is the constraints in basic utilities. Most current AR experiences run through apps that require the help of web developers. These AR apps are often beset with endless updates that add new features and utilities. Moreover, they often work only on specific platforms and tend to have compatibility issues with other devices.

Many argue that to bring out the endless possibilities of AR technology, it should not be kept to a specific platform and be given public access. But is democratizing AR a good idea?

Another way to push boundaries is to allow everyone the access to the technology. We can provide the tools needed to create AR without any coding knowledge. For instance, AR creation apps that have drag-and-drop features enable users to create their own unique AR experiences. These types of apps increase mobility and ease of use. They also help build community engagement through digital technology.

Web-based augmented reality solutions also democratize access to AR technology. For retailers, this can mean having the option to add immersive AR features to their existing eCommerce stores without having to hire developers. They would no longer need to wait for software companies to release AR content. Instead, they can now design the content themselves.

An Immersive Future for Everyone by Everyone

Democratizing augmented reality technology is giving everyone the opportunity to create AR experiences without coding. It unlocks creativity and opens the industry for innovation. Allowing access to the masses can push AR technology to the limits and define the future of AR development.

Should Augmented Reality Technology Be Democratized? 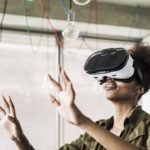 Why you should take training in VR seriously. 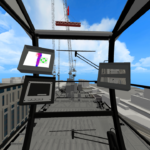