Standing at an incredible 29,029 feet, Mount Everest is the highest mountain in the world above sea level. To-date, less than 200 of the 4,000 climbers to ascended Everest have done so without the assistance of bottled oxygen; that’s less than the number of people who’ve traveled to space. In 2017, world-renowned climber Ueli Steck died tragically while attempting to climb both Everest as well as Mount Lhotse, the fourth largest mountain on Earth, without bottled oxygen.

In honor of his close friend and mentor, veteran mountain guide Sherpa Tenji began an endeavor last year to finish Steck’s mission and scale the entirety of Everest without the use of bottled oxygen. Thankfully, award-winning cameraman Jonathan Griffith was there to document every step of Tenji’s incredible journey, along the way capturing some of the most breath-taking 360 videos I’ve ever seen in a VR headset.

Available now via Oculus TV, the three-part series begins in the French Alps following a handful of accomplished mountain adventure athletes, including a world-class steep skier who spends his summers building climbing and mountain biking trails for other adventurers.

“These are people I’ve climbed and skied with all of my professional careers, so they’re incredibly good and we moved very fast,” says Griffith in an Oculus blog post. “My ethos has always been to keep it real. So we’re bringing these cameras up really big mountain routes—things people consider to be a lifetime climb. It’s something they’ll remember the rest of their lives, and we’re carrying this whole rigging and shooting everything in a day. We need to move fast and efficiently because you just don’t have time to hang about with a big crew at all.”

Throughout the following next two episodes, Ueli, Griffith, and the rest of the expedition team make their way from a remote Himalayan town village to Everest base camp before beginning their daunting ascent. Along the way, we see both the unbridled beauty of the Himalayan mountains as well as the unparalleled danger. Captured in gorgeous 8k stereoscopic 360, Griffith puts us face-to-face with everything from deadly Himalayan avalanches to dangerous climbing falls. When you’re not suffering from VR-induced vertigo, you’re soaking in some of the most stunning 360 footage you’ve ever seen in a headset.

“Obviously the view is everything,” adds Griffith. “I love VR because you can’t make a sunrise or sunset look more saturated than it is because then it doesn’t look real to the viewer. I can’t tilt the camera to make a climb steeper than it is because the horizon will be off. You can’t cheat in VR. It keeps me really honest as a content creator.”

“He really took him under his wing. They were on this project to do it together, so it felt fitting to get Tenji to try and finish up his mentor’s climb in his stead. Everything we hear about Everest nowadays is about the Western conquering hero. I quite like this story because it’s actually putting the sherpa community on the central stage.”

“Everest VR is the closest thing that most people will ever get to climbing Everest (for now), but if you actually have your heart set on climbing Everest, it won’t replace that wish—it will just accentuate it,” Griffith explains during an interview with Oculus. “In some way, I think it will help get people out there in nature, give them new ideas and passions. If you’ve managed to immerse me in a location or adventure that completely took my breath away then it’s something that I would want to explore in-person, not something that I’d just tick off the list.”

You can watch all three episodes of Everest VR: Journey to the Top of the World now on Oculus Quest, Oculus Go, and Samsung Gear VR via Oculus TV. For more information on the series’ production, check out Oculus’ full interview with Jonathan Griffith. 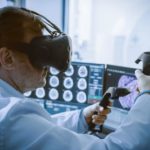 How Virtual Reality (VR) Is Impacting the Healthcare Industry 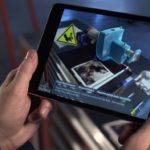