A virtual reality software company, Gleechi, revealed a new technology they call VirtualGrasp, which automates the programming of hand interactions in VR. It allows you to easily grasp and interact with any object that has a 3D mesh “without the need of physics or manual collider assignment.”

Gleechi demonstrated the technology in a new video, embedded above, which shows a VirtualGrasp demo running on the Oculus Quest, using the Quest’s experimental controller-free hand tracking. In one part of the video, the user demonstrates picking up a screwdriver. Despite the unusual shape of the object, the VirtualGrasp demo shows the user gripping it in several ways, including by the handle and just the very tip itself.

While the demo above is running on the Oculus Quest, Gleechi tells us that VirtualGrasp is being worked on with a range of different hardware types, including Touch controllers and haptic gloves. This will allow the technology to be easily implemented in different scenarios, not requiring one particular set up or piece of hardware.

According to Gleechi CPO David Svee, the technology originates from research that allowed robots to pick up objects in real time, and is now being applied to virtual hands and virtual hand animation. The aim is to reduce the number of manual animations required when implementing hand interactions in VR, and provide an easy solution to automate object interaction to work with any 3D mesh when using virtual hands.

Gleechi also claims that VirtualGrasp provides a more accurate and immersive level of hand animation when interacting with objects, which could be particularly useful in certain fields that require a high level of accuracy, while also reducing the amount of manual animations that need to be produced. 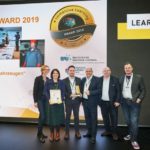 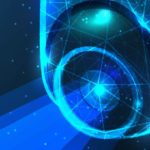