Not all VR experiences are recommended for children, but these virtual reality apps were developed especially for them.

Virtual reality apps and games are the coolest things to try for a child, but some of them are not recommended for children. However, developers and gaming companies understand that the market has a niche of children under 18 who want to experience the excitement of VR. First we had educational apps used in schools. Now parents can find lots of VR apps and games that are child-friendly and can keep their little ones busy during commutes or long car trips.

A Special World for Special Consumers

Developing virtual reality apps for children is challenging. Game and app creators need to take into account the type of topics and game actions advisable for kids, as well as the technical requirements to protect their developing brains from shocks.

Virtual reality can cause nausea and motion sickness in adults, and even more so in children. This is why there is not such a wide offering of virtual reality apps for children compared to apps recommended for adults. It takes more work, more tests, and stricter standards before an app can be completed and approved for distribution.

However, there are still quite a lot of VR games and apps that can keep children entertained and help them learn something new in a fun way. Here are our top picks:

InMind VR is one of the most exciting virtual reality apps for children who want to learn how their brain works. In this free game, the user is shrunk to microscopic size and sent inside a human brain.

The player’s role is to identify and destroy bad neurons with laser rays. In this process, children learn about the different portions of the brain, what functions they have and how the neurons communicate with each other.

The game is available on Oculus store, Steam, App Store and Google Play.

Here is a teaser presentation of the game:

Children love to play with building blocks and Lego pieces. The creators of Fantastic Contraption decided that there are too few virtual reality apps that challenge children’s vivid imagination in building various machines.

In this game, the highest and more complex the machine, the better chance players stand to solve puzzles and earn rewards. We will probably never see such machines in real life, but then again, we did not believe VR would be anything but a Sci-Fi movie gimmick.

The game works for Oculus Rift and HTC VIVE. Here is a short presentation trailer:

Peronio Pop-Up Book brings together augmented reality and virtual reality in a fun and interactive game. The players get to know Peronio, a little boy who can’t decide what he wants to be when he grows up.

The players have the mission to help Peronio, by solving various puzzles, to try on various professions and discover the fun side of all of them. The game is free and is available both for Android and iOS, as well as on Oculus Gear VR. It can be played with or without the VR headset.

Here is a short clip demonstrating the game:

Almost everyone who owned a PC computer has opened the Microsoft Paint program and tried their hand at painting. Those works of art never saw the light of day, of course, and usually went straight to the Recycle Bin.

Now children can unleash their creativity with Tilt Brush, one of the best virtual reality apps for painting in 3D. There are no limits to what your little Picasso can do: use various brush strokes, paint with light, add stars, and even streaks of burning fire.

The game works for Oculus Rift and HTC VIVE. Check out the presentation trailer here:

In this game, the player becomes a cute little bug who needs to take a long and perilous journey. Carnivorous plants, spider webs and tree branches are just a few of the obstacles the player needs to dodge, while being on the lookout for gold coins and power boosters.

It is one of the few virtual reality apps created for younger children that is just as exciting for adults as well. The game is free for Android and iOS, and costs only $2.99 on the Oculus store, you may give it a try anytime you want. This short teaser will probably be a convincing argument: 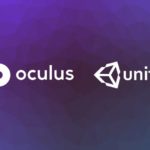 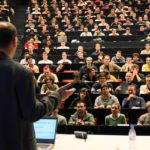