If there is a major blind spot in the AR space in 2019, it’s the impact that blockchain technology will eventually have on the software distributed in AR clouds.

For the uninitiated, the quickest way to describe blockchain technology is as a method of assigning unique attributes to digital assets using cryptography, and those assets are distributed on a (usually) decentralized, (usually) public ledger (database) called a blockchain.

The most popular application of this technology has been in the realm of digital currency, most famously in the form of Bitcoin. But the promise of blockchain technology extends far beyond its uses as a cryptocurrency.

In our current, web-based digital life, copying a photograph, for example, is trivial. And determining whether or not a digital photo is an original photo or just a copy of that digital photo can be difficult. Blockchain addresses this issue by allowing developers to create unique digital assets that users and other developers cannot copy. One recent example of this dynamic was CryptoKitties, a popular game that used the Ethereum blockchain network to allow users to generate and sell unique CryptoKitties — sometimes for thousands of dollars.

Part of the reason that there’s so little chatter in the AR space about this technology is that blockchain itself is still a relatively new, and somewhat complicated technology. Satoshi Nakamoto, the creator of Bitcoin, released his open source software in 2009, but it took years before that cryptocurrency gained any real traction. Subsequently, most of the activity around the blockchain space has focused on cryptocurrency coins and speculation on the fluctuating values of those coins. But in recent years, a long list of companies, including heavyweights like Microsoft, IBM, and FedEx have all kicked off efforts to develop blockchain projects with an eye toward future uses beyond mere currency.

As for companies involved in AR, we now know that Facebook is working on its own blockchain project, and Amazon is already well ahead of many others in offering support for companies interested in created blockchain solutions. And last month, Magic Leap posted a job listing for a senior blockchain architect, a blockchain Oracle engineer, and a blockchain engineer.

„As a Senior Blockchain Architect for Magic Leap’s Lifestream team you will have overarching responsibility for the planning and execution of a portfolio of blockchain, smart contract, and Ricardian contract technologies in support of the implementation of our Lifestream business function and how it integrates within our product portfolio,“ reads the company’s job posting. „Design end-to-end solutions for our customers using blockchain technology on AWS, GCP [Google’s Cloud Platform], or other cloud services providers.“

Last year, long before that job posting, I asked Magic Leap’s chief content officer, Rio Caraeff, about the company’s possible efforts in the blockchain space. It was the only time during our meeting that I got the sense that I’d thrown him a curveball question. I’d already suspected that Magic Leap was working on a blockchain solution, and now we have proof.

To put the potential marriage of blockchain and AR in better perspective for those unfamiliar with the technology, imagine a world in which the Pokémon characters you collect in AR are „truly“ unique — like the CryptoKitties mentioned above — each with entirely distinct characteristics and abilities.

Suddenly, you have an AR game that becomes an exercise in fans trading „actually rare“ Pokémon creatures, each of which could eventually be sold or traded for large sums of money. That’s just one, very simple example of how blockchain technology applied to AR could gradually influence how AR apps are developed and turned into profitable ventures beyond measuring tapes and furniture demos.

„Within the explosion of Ethereum based dApps [decentralized applications on a blockchain], there are dozens of projects in development at the intersection of blockchain and immersive,“ says Gordon Meyer, co-chair of the Blockchain Committee for the VR/AR Association.

„Considering the pace of blockchain growth and seeing firsthand the kind of [head-mounted displays] that are in development, the prospect of entering into an augmented world and sharing in a global economy of content experiences and HMD feature value-adds, while wearing a Warby Parker-esque pair of glasses, is a world I think we’ll see within the next two to four years.“

Of course, there are critics of mainstream, for-profit companies that are moving to embrace blockchain technology. Many new, private blockchains are centralized, thus giving the company or organization that created it the ability to control who participates in making administrative changes to the network. That single factor takes a significant part of the promise of blockchain’s immutability, security, and transparency and compromises it, to an extent, in favor of a company’s privacy and control.

Despite this still contentious argument over public versus private blockchains, more and more companies are entering the space with private blockchain projects. And as AR companies begin to deploy their AR clouds, you can expect them to integrate blockchain technology in many of them in the coming months and years, and you might even make a couple of bucks from it in the process.

Perception: Blockchain is speculative Internet money voodoo, the technology itself is a solution looking for a problem.

Next Reality: Blockchain is the missing link that will make AR secure and more profitable in the coming years. 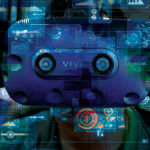 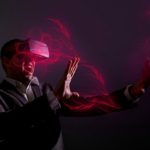