An emotionally-stable cow is a happy cow.

Somewhere northwest of Moscow on a dairy farm in Krasnogorsk roams a herd of VR-wearing cows immersed in a serene summer pasture tailor-made for bovine enjoyment.

The program, developed in collaboration with farm employees, IT experts, veterinarians, and other industry-leading professionals, was designed to test the effects of VR technology on the emotional well-being of cattle in the hopes of reducing stress and anxiety, in turn leading to an increase in milk output.

“According to an analysis of the welfare of dairy cattle by Wageningen University employees in the Netherlands, environmental conditions have a significant impact on cow health and, as a consequence, the quality and quantity of milk produced,” states the Ministry of Agriculture and Food of the Moscow Region.

“These findings are also confirmed by researchers from Scotland’s Rural College in Scotland. Based on interviews with farmers using various systems to improve livestock welfare, a relationship was formulated between the positive, including emotional, experience of cows and the positive effect on milk production.”

Using to capabilities offered by VR technology, researchers placed cattle in VR headsets running a custom-built VR simulation of a calming green pasture. Don’t worry, these aren’t your average Oculus headsets. Working alongside veterinarians and production consultants, developers adapted pre-existing human VR-glasses to better accommodate the structural design of a cow head. The VR experience itself has also been designed with cattle vision in-mind. According to research, cows see the color red significantly better than other colors on the spectrum, especially green and blue; this information was used when constructing the experience. So while the colors may seem strange when viewed by a human, they’re the perfect shade and intensity for cattle.

Based on initial testing conducted at the RusMoloko farm of the Ramensky urban district, the VR simulations have so far proven to have an overall positive effect on cattle.

“During the first test, experts recorded a decrease in anxiety and an increase in the overall emotional mood of the herd,” continues the Ministry of Agriculture and Food of the Moscow Region. “The impact of VR glasses on the milk production of cows will be shown by a further comprehensive study. While maintaining positive dynamics of observations, the developers intend to scale the project and modernize the domestic sphere of dairy production.”

The next phase of the experiment will involve testing the effects of the simulation on milk production itself. 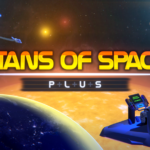 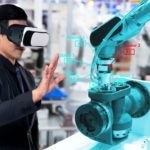