An educational experience that pilots you around the solar system and some of the largest bodies in the observable universe, Titans of Space PLUS, is coming to Oculus Quest before the end of the year.

The experience from Drash is one of the earliest VR demos for modern VR headsets and a version of the software has been available on most major VR headsets over the last few years. The software will leave early access for PC at the same time it arrives on Quest with cross-buy available between the Rift and Quest versions. The pricing of the Quest version is also expected to be roughly the same as the Rift version, which is $9.99.

The jaw-dropping educational experience takes you on a virtual tour around our solar system, providing facts about each planet and related moons or dwarf planets, along with visually demonstrating the relationship, size and position of the planets relative to each other. You can also switch on a charming and quirky tour guide character, who looks a bit like a tiny planet crossed with an alien, and moves around each planet to provide insightful demonstrations and facts. The tour guide has 2 hours of content, if you choose to listen to the entire thing.

The experience was previously available for Oculus Go, simply titled Titans of Space, however the PLUS version for Rift and Quest includes improved visuals, along with the added tour guide and a zero-gravity mode with 6DOF controls, which weren’t present on the Go version.

I tried the Quest version of the experience earlier this week, and was thoroughly impressed with how immersive and informative the whole experience was, including the tour guide elements. The experience was truly captivating from start to finish, and will be an invaluable tool for educators. Titans of Space PLUS is definitely worth trying out if you want to learn a bit more about our solar system, or if you want to demo something other than a game to friends of family. 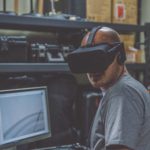 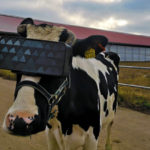