The world is inexorably moving to a three-dimensional reality. Immersive media technologies like augmented reality (AR), virtual reality(VR) and mixed reality(MR) are already changing the way we learn, play and work.

How ready is India? The news from Unite India 2019 – a summit organized by Unity Technologies, creator of the world’s most used Real Time 3-D software development – is that Indian companies and entrepreneurs are early movers in AR/VR/MR world.

„India is one of the early adopters of MR technologies making it a big market for us,“ says Andrew Bowell, VP Product at Unity Technologies. When the world moves from 2D to 3D, Unity’s ambition is to be the biggest platform that will power this immersive universe. “In a few years from now, when you put on your VR glasses and navigate the world, we want it to be with Unity,” says Bowell, clearly spelling the Copenhagen based company’s dreams.

According to Unity, unlike the rest of the world where gaming is the biggest application of these technologies, in India it is non-gaming that is fuelling the usage. Indeed, from automotive, manufacturing, transportation, architecture, films and animation, education, and healthcare you see applications galore at Unite India. There is gaming too, of course, but that’s relatively smaller.

At EdTech giant BYJU’s pavilion there is a game based augmented reality lesson where what you scribble on pen and paper is almost magically read by a tablet and scores are given to you. Early this year Byju’s had acquired Osmo, maker of a magical mirror that can direct a tablet’s camera to the surface in front of it. This is used in stimulating AR games that will surely hook the early learner.

Software giant TCS showcased a virtual chemistry lab. Wearing an Oculus headset you enter a virtual lab where you see beakers with liquids. Using the controller, which simulates your hand movement, you pick up a dropper, dip it into a solution and put a drop in the beaker to test whether it is acid or base.  These labs are being piloted in government schools in Tamil Nadu resulting in cost saving  for the institutes. “Normally a chemistry lab would cost ₹30 lakh to set up. In ₹60,000 you can create a simulated lab that would provide equal learning,” says the TCS spokesperson here.  You can also evaluate the students in real time.

The education track is full of interesting showcases. Abhi Mitra, an instructor at Centurion University who in partnership with Odisha State Tribal Museum is using VR to document tribal art and artefacts. Rohit Patil, CEO of Vidwant presents a stirring story of how government schools in Karanataka are embracing AR/VR based curriculum.

In healthcare, there is a multitude of AR/VR solutions ranging from therapy to training. Hyderabad based BeAble Health’s innovative therapy for helping patients of frozen shoulder, multiple sclerosis, cerebral palsy etc with upper limb movements catches the eye.

The industrial and automotive track too are filled with applications for training and maintenance. For instance, you see how factory workers at Hyundai’s factory are being trained in brake mechanics through an application that uses HTC Vive headset.

While currently non-gaming usage seems higher, things could change feels Hubert Larenaudie, President, APAC and Global Head Distribution Portal at Unity. He points to the host of Indie developers who are showcasing games here that they have created using Unity’s engine. Color Splat!, a game developed by Lochan Vishwanath, an engineering student from Bangalore, even features in Unity’s keynote. Vishwanath feels gaming is going to explode exponentially and overtake other usage. Already globally gaming is bigger than movies and other forms of media, he points. “The big thing is the growth of game streaming platforms. Also think of it, when the Jio set top box launches, it comes with a graphic card integrated. So potentially every home that buys a Jio set box could be laying games. That’s the big opportunity,” he says.”

But there are challenges as well. The devices are still uncomfortable to use, ill-fitting and it takes time to master the clunky controller. They are also right now fairly costly.

The device makers like Mike Chi of HTC Vive describe how it is an evolutionary process and things are getting smoother. Interestingly there are some made in India devices in development as well.

Devesh Jain, chief product architect of AR/VR start up Tesseract , which was acquired by Reliance recently, says that like all technologies AR/VR too may be going through a disillusionment curve due to the clunkiness and cost of hardware. But he says there is enough development happening to overcome these challenges. He describes how Tesseract has several pipelines of devices. “We realized that you cannot have a one size fits all device,” he explains. He says currently in mixed reality, there is a tug of war between development of devices with best battery life, best optics, most lightweight and functional.  So for functionalities like healthcare and education a short usage device with best optics could be developed, while for an all day wearing functionality, you do away with peripherals and come up with a lifestyle product.

The other challenge is finding talent. But skilling centres are coming up. Unity itself is seeding learning centres targeted at early learners as well as professionals. It has set up several  Centres of Excellence across the country including one in partnership with The Kerala Start up Mission .

Read | Kerala wants to be the AR/VR gateway to India

According to Nasscom, India’s immersive media is slated to become a US $6.5 billion market by 2022.  There is opportunity galore – the question is can India catch the wave at its peak. 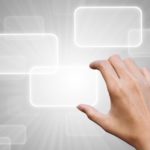 A Universal Definition of Microlearning 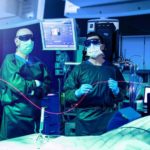 Use Your Imagination! Immersive Learning Applications From...