VR Is Finding A Home In Physical Therapy

Virtual reality has plenty of applications for fitness — you’re here, so you already know that. However, it is increasingly becoming a tool for rehabilitation, as well. Neuro Rehab VR aims to make physical therapy more enjoyable, and it promises to help patients more than traditional physical therapy.

With only about one-third of patients fully adhering to their rehabilitation plans, Neuro Rehab VR’s goal was to create a platform that was more engaging without making things more cumbersome. During the early days of the Oculus Rift, with its many sensors, that was not possible.

This was made possible with the Oculus Quest, which eliminated the need for extra equipment or wires. Neuro Rehab VR provides several different exercise applications that run patients through less-abstract goals, such as going grocery shopping. The applications are available for the entire body, and also include sports and combat.

In addition to being more interesting, VR physical therapy can have more effective results. Because of  the brain’s neuroplasticity, Neuro Rehab VR says playing games can establish better connections in the brain as you work toward concrete goals. This can, in turn, lead to more complete recovery. Neuro Rehab VR is partnered with Fort Worth’s Neurological Recovery Center. It has dealt with patients of spinal injuries, brain injuries, strokes, and multiple sclerosis. The team decided to expand and make its systems available elsewhere after seeing its success.

Neuro Rehab VR believes its systems can work not only in hospitals, but also for in-home recovery. The low cost of the Quest itself makes it affordable for rental or purchase by the patient. Therapists can see every movement patients make to determine if they are doing exercises correctly. Once the patient is feeling better, they’ll still have a device capable of helping them stay fit from within their home. 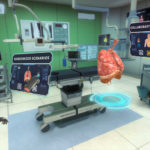 Use of Immersive Technology in Healthcare 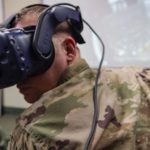 How XR Is Used In Airborne Special Missions