In the depths of the cold North Atlantic near the coast of Iceland lies the wreck of a Dutch ship that sank 360 years ago while pretending to be Danish.

At the time, the Netherlands (and all European nations) were barred from trading with Iceland by the country’s ruler, the king of Denmark. But Dutch smugglers skirted the ban by sailing to Icelandic ports in ships that flew a false Danish flag.

One of the smugglers‘ ships, named „Melckmeyd“ („Milkmaid“) met a violent end, smashed by a storm on Oct. 16, 1659. The sunken vessel lay forgotten on the sea bottom for centuries. But recent efforts by archaeologists and digital modelers have made the long-lost shipwreck accessible through a virtual reality (VR) „dive.“ As a digital model, Milkmaid can be explored by VR users through a headset or as an interactive video on YouTube.

Local divers found the Milkmaid wreck in 1992 near a small island called Flatey, off Iceland’s western coast. There, the frigid waters preserved much of the ship’s 108-foot-long (33 meters) lower hull in exceptional detail, representatives with the recent digital reconstruction project said in a statement.

The ship sank with a full cargo of fish, and one crew member died during the escape, project leader Kevin Martin, a doctoral candidate at the University of Iceland, reported in July at the 23rd International Conference in Information Visualization in Paris.

The wreck was first investigated in 1993 by maritime archaeologists with the National Museum of Iceland. They identified Milkmaid as a flute ship, a type of merchant vessel that was common during the 17th century.

Then in 2016, Martin and other researchers from the University of Iceland and the Cultural Heritage Agency of the Netherlands conducted high-resolution scans of Milkmaid, generating a digital model of the battered ship. They then used that data to create a VR dive experience for an exhibit at the Reykjavik Maritime Museum, according to the statement.

During the three-minute animated video — described in the presentation as „2.5D“ rather than true 3D — users can explore the underwater environment around Milkmaid as „divers,“ looking around in 360 degrees as the camera „swims“ over and past the wreck. Through this VR experience, anyone who can put on a headset or watch a Youtube video can instantly gain access to an important archaeological site and artifact, Martin and his co-author John McCarthy, a researcher with the College of Humanities, Arts and Social Sciences at Flinders University in Australia, wrote in the conference presentation.

„This approach maximizes the sense of immersion in the underwater environment and replicates as closely as possible the experience of diving for the non-diver,“ the co-authors wrote.

Milkmaid was just one of a fleet of illegal ships sent by Dutch merchants to secretly carry grain, ceramics and timber to Icelandic ports in 1659, according to the statement. As Iceland’s oldest shipwreck, Milkmaid offers a glimpse of this troubled time in the country’s past, „when Denmark ruled the island and had a monopoly over trade here for a period of 200 years,“ Martin said. „It shines a light on a fascinating period of Icelandic history.“ 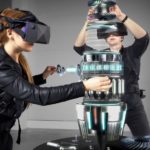 Enterprise VR: How VRgineers is Creating the Ultimate HMD for Simulation 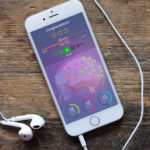