Thief Simulator VR Wants to Steal Your Attention in November

An Early Access launch will take place in a couple of weeks.

Once Halloween is out of the way it’s then time to look forward to Christmas, a time of giving. Or you can go in the complete opposite direction and have some fun practising a little thievery with GameBoom VR’s soon to be released title Thief Simulator VR, now scheduled for a November launch.

The team dropped an announcement trailer at the end of September, showcasing what the final version would look like. A release was initially slated for the end of October but this was then pushed back.

In a statement, the studio said: “Thief Simulator VR has been created for almost the entire last year, and we put all our hearts into this project. We are looking forward to seeing our game in your hands. However, we all understand how business works – a wrong release date could cause other games to steal (pun intended) our visibility in digital stores. The current Steam Halloween Sale would take away our visibility, and we want our game to reach as many players as possible, which will convert into the resources needed for its further development (and Prison Simulator VR). For this reason, we decided with our publisher that Thief Simulator VR will appear on the market on November 12, 2019.”

That puts the videogame a couple of weeks out, arriving on Steam Early Access for HTC Vive, Oculus Rift, Windows Mixed Reality and Valve Index. Offering free-roaming sandbox neighbourhoods to explore with different houses to stakeout, players will be able to lock pick doors, smash everything in a house, steal cars, jump through windows, and more. Once back at their hideout players can disassemble stolen cars, hack phones and tablets to then sell on. With the cash, they can purchase new tools and gadgets to rob richer more secured homes.

GameBoom VR notes that at launch Thief Simulator VR will have the same amount of content the standard Thief Simulator videogame had when released. During Early Access the studio aims to add another neighbourhood, more items and a New Game+ mode.

Thief Simulator VR Wants to Steal Your Attention in November 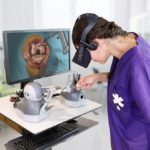 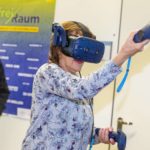