The platform continues to expand almost a year after launch.

VR Education Holdings, the group best known for the Apollo 11 VR and the Titanic VR experiences also released a  proprietary virtual reality (VR) education platform at the end of 2018 called ENGAGE. Today, the company has announced that the platform has been selected by Facebook for its Oculus Independent Software Vendors (ISV) programme.

“It is fantastic to be chosen by Facebook to help accelerate the wider adoption of VR globally. Oculus has an amazing technology platform and ENGAGE is leading the way when it comes to distance learning and remote team collaboration. I see an extremely bright future for this technology with the release of high-end mobile devices, such as the Oculus Quest and the HTC Vive Focus, as well as the release of 5G high-speed mobile internet,” said David Whelan, CEO of VR Education in a statement.

“Business and enterprise will only adopt new technology when they see compelling advantages to doing so and ENGAGE is being developed to meet these business needs providing virtual meeting rooms and training scenarios which save customers time and money. To date, adoption of VR/AR has been steady, however with Facebook, HTC, O2, Deutsche Telekom and many others all now working towards the growth of 5G and AR/VR, we believe that will see an acceleration of adoption over the next 18 to 24 months,” Whelan adds.

ENGAGE was developed to overcome certain limitations of online courses and traditional learning methods, allowing users to collaborate on tasks remotely, create new content and learn in VR. Since the official launch last year the ENGAGE team has gone on to secure various commercial deals in the US and Korea with educational institutions. There are also negotiations still ongoing with several large multinationals to provide enterprise solutions to their workers. 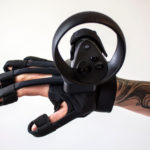 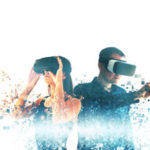 Educause XR Research Dives into Impact on Teaching and Learning