360-degree videos, also known as immersive videos or spherical videos, can be effective training tools that allow participants to engage with concepts in unexpected ways. This article explores the potential for using 360-degree video for eLearning experiences.

2D video is a “flat” representation of a place, topic, event, or object on a 2D screen, such as a movie or instructional video. In contrast, 360-degree video is a “realistic” representation of the world that can be experienced by a participant wearing a virtual reality (VR) headset or watching on a 2D screen (smartphone, laptop, etc.) via YouTube, Vimeo, or other video players.

Many companies and schools are already successfully using 360-degree video for training purposes. Research studies, particularly in medicine, have shown that simulations offer another effective teaching/learning tool for developing the psychomotor domain as participants learn by doing. In one research study, nursing students in Sweden participated in an interactive 360-degree learning experience to better understand patient trauma treatment and identify best practices for interactive video. In another research study, climbing students reported that participating in 360-degree climbing training scenarios helped them “learn everything better and to improve [their] skills.”

Second, know that in a 360-degree video learners are not just passive observers, they’re also the protagonists of a dynamic and interactive story. Learners participate in unique and personalized lessons that change and respond to the learners’ decisions and behaviors. In order to maximize learning, 360-degree training simulations must use a nonlinear design approach with engaging stories that put learners into the shoes of the protagonist.

Lastly, consider explorability and rewatchability. How active does a participant need to be? How many times will a visitor want or need to revisit an experience to learn everything in the objective? How can exploring and rewatching be used to achieve the learning objective/s?

You’ll need several items to create your 360-degree studio, including: 360-degree cameras, microphones, computers, memory, and other equipment (i.e., tripods, lighting, extension cords, etc.). There are numerous 360-degree cameras on the market, ranging in price from affordable (Ricoh Theta, GoPro Fusion) to mid-range (Vuze) to expensive (GoPro VR rig with 6+ GoPro cameras). Our advice: use the camera that you’re most comfortable with and that meets your budget, because gear doesn’t matter that much. The learning experience and story are what matters.

Most 360-degree cameras are made by separate companies, using separate platforms, in separate ecosystems. As a result, you’ll likely experience a new learning curve for producing videos with each different camera you use because each has a unique process and format for importing/exporting, viewing, editing, and publishing files to video platforms. Ultimately, you’ll need to save your files as one of the formats compatible with video editing software such as Adobe Premier Pro or VSDC. To create a more personalized and interactive lesson, you’ll need to add 3D animations and other content to your videos with game engine software. This process can be a bit tricky, however, and may require some research and experimentation to get it right.

For example, many people use video editing software (e.g., Premiere Pro, VSDC, etc.) to edit, in detail, the 360-degree video elements such as precision timelines, audio layers, and myriad video effects and filters. Technically, you can add text to your 360-degree videos with video editing software, but it adds flat, 2D words to the spherical virtual surface, which causes the corners and edges of the text to curve and distort somewhat. After preparing a 360-degree video with a basic video editor, creators will then open the file with game engine software to add text, interactive prompts, and other graphic elements for learning.

Unity is perhaps the most popular game engine for creating 360-degree video experiences. It has solid 360-degree video capability, offers some training materials, and is supported by many individual users who create related how-to videos and blog posts. Unreal Engine 4 (UE4), perhaps Unity’s biggest competitor, also supports 360-degree videos. However, 360-degree video image resolution in UE4 is notoriously poor, and the functionalities will be more difficult to learn due to minimal documentation, tutorials, and support for creating these experiences in UE4.

Because the technology is so new, there are no set standards for developing eLearning experiences with interactive 360-degree video and no limitations on what’s possible. However, when 360-degree learning experiences are interactive, they give participants the ability to explore and become the protagonist, turning traditional teaching methods and narratives upside down.

Let us know in the comments below what 360-degree learning experiences you’ve worked on. How did it go? 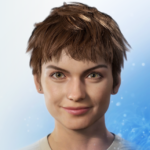