Games, virtual reality (VR), and other immersive formats are fundamentally different approaches to learning and performance, compared to what we often refer to as „eLearning.“ All use technology to support learning. However, the development tools, processes, and skill sets needed to create the immersive forms are not the same as those used by most instructional designers and developers, and they are not necessarily easy to master through reading and self-study. This article is about the challenges and benefits of using Unreal Engine 4, one of the two leading game engines.

Instructional designers and developers are accustomed to using „authoring tools“ or „rapid development tools“ when creating eLearning. (In some eLearning, the user experience is modified and referred to as „gamification“ but it is not the same thing as a game.) For games and game-based simulations, the generic term for the creation software is „game engines“ and these are not generally familiar to IDs.

Training vs. games and simulations

The user experience in conventional eLearning is built around a didactic approach that has evolved from classroom-based training. The experience often relies on delivery of structured textual content organized as frames or slides created from PowerPoint presentations, around repetition and testing to support recall of canonical knowledge where there are „right“ and „wrong“ answers. In training, engagement means maintaining focus on the didactics, through skillful use of language and visuals, as well as through feedback given after learner response to questions and quizzes.

The user experience in games and simulations is focused on experience rather than on memorization and recall. Mistakes are tolerated and learners are allowed or encouraged to try again. Learning takes place through discovery or through trial and error. The focus is on problem-solving skills and broadening user experience, with understanding coming from dialogue and comparison, often during collaborative learner experience. Engagement comes from immersion in the problem-solving experience.

Unreal Engine 4 is a superlative platform for creating immersive experiences, including virtual reality (VR). It is probably not one that you would normally think of in connection with learning, since it is most often the engine of choice for AAA entertainment games. AAA game developers use it because it is optimized for delivery of high-quality content across a wide range of platforms, from Windows and MacOS to iOS and Android, as well as to popular game devices.

Professionals who work in the learning field have the same delivery, quality, and immersion problems to solve as game designers in the entertainment industry, especially concerning platform diversity and user expectations. However, in the entertainment field, developers can call on a very large number of individuals who are experienced in the use of Unreal Engine, many of whom have mastered the tool through formal education and through working on development teams.

Unreal Engine 4 is also useful to produce applications that, strictly speaking, are not games. These would include interactive media such as simulations and walkthroughs, as well as non-interactive animations and videos that can be embedded in eLearning or performance support and online documentation.

For the learning field, those who will lead development projects and design efforts need to be proficient in the use of the game engine. The skills and knowledge required will be new and unfamiliar to instructional designers. While they can find fundamental training materials online to help them begin learning to use the features of Unreal Engine 4, the learning curve is relatively steep. Unreal Engine involves a lot of technology and tools and options that can overwhelm a new user. Given help with developing basic proficiency, the Unreal Engine provides flexibility even for creators with limited or no programming experience.

To help you deal with the learning curve, at The eLearning Guild’s DevLearn 2019 Conference & Expo Michael Sheyahshe is delivering a pre-conference workshop October 22: ”BYOD Build Your First VR Experience with Unreal Engine.” In this hands-on experience, you will use Unreal Engine to build and test a functional VR application. In addition to learning about the basic components of a VR world and what to consider when planning a VR app, you will learn:

To participate in the workshop, you will need to bring: 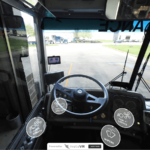 The Importance of Analytics to VR Training 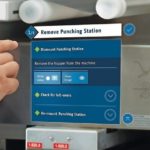