The kit is purely aimed at enterprise use cases.

TPCAST Air is the company’s second generation wireless solution, originally launching it for the Chinese market in February. The technology is SteamVR-based, providing an ultra-low latency wireless VR experience for 3-DOF applications on the headset. Essentially, it allows customers to easily stream content of their PC and into a standalone headset

Designed for industries such as architecture, engineering, construction, interior decoration design, education and gym spinning, for example, TPCAST Air for Enterprise can, in fact, support different 3-DOF or 6-DOF standalone VR headsets. It supports multi-user applications so in time location-based entertainment (LBE) venues such as VR arcades could use the technology to stream content rather than users having to wear bulky backpack PC’s.

As a single-user system, TPCAST Air for Oculus Go will be sold for $499 USD (including the headset) available for order now at www.tpcastvr.com and also at US VR solution providers.

TPCAST has also confirmed AIR will be coming to Oculus Quest. Able to support the devices Oculus Touch controllers, TPCAST Air for Oculus Quest is scheduled to arrive in about eight weeks (so presumably the start of August). No price has been revealed for this version.

As companies like Oculus and HTC begin steering users towards standalone devices TPCAST has expanded its wireless offerings to keep up. You can still purchase the original TPCAST Consumer Editions for Oculus Rift and HTC Vive.  VRFocus will continue its coverage of TPCAST, reporting back with further developments as they’re announced. 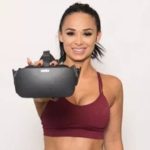 Why Your Brain May Be Hardwired For VR Fitness 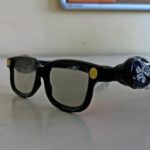 BYOD And Immersive Learning: 7 Tips To...

7 Ways To Use Immersive Learning To...