The Chicago Police Department is now using virtual reality headsets to train officers on how to interact with people with special needs or who may be suffering from mental illness.

”The scenario was really realistic,” Supt. Eddie Johnson said Wednesday at a news conference at police headquarters after testing one out. “And I felt as though I was in the shoes of the subject. It really puts you in the moment.”

One includes a young man who’s holding a screwdriver and suffering a schizophrenic episode outside his parent’s home.

The other features an encounter with a non-communicative autistic man who had the police called on him after he walked out of a big-box store with a toy he didn’t pay for.

In each video, the user takes the vantage point of the person being approached by police before switching to fill the shoes of a responding officer.

The video stops at certain points and presents officers with choices in how to respond to the situation.

”I think this dual perspective will increase the empathy officers will feel for the individuals they encounter who are undergoing a mental health breakdown,” said Johnson, noting that the technology is promising for use-of-force training as well.

The technology will be used as part of Crisis Intervention Training, a 40-hour course that teaches officers how to deescalate confrontations with people with special needs or mental health issues.

Johnson said 2,669 officers had undergone CIT training as of the end of 2018.

The department requires each of the city’s 22 police districts have at least one CIT-trained officer on every watch.

Some mental health related training is baked into standard police academy curriculum, but CIT certification is a more exhaustive process.

While certification is required for officers being promoted to a supervisory position, as well as for field training officers who oversee the training of new officers — about half the officers who get certified are not required to do, according to Alexa James, who serves as executive director of National Alliance on Mental Illness Chicago and teaches CIT courses.

Dispatchers at the 911 call center can identify CIT-trained officers and supervisors to respond to certain calls, Johnson said.

James said there is room for improvement.

”Currently, if I call 911 and ask for a CIT-trained officer, about 48 percent of the time you get one,” James said.

The equipment for the pilot program was provided by Axon, the same company that provides the police department body-worn cameras and Tasers.

There are about 25 headsets being used by the department, according to a company spokeswoman, who expected that number to increase in the coming months.

Watch a demonstration of the technology

This video shows what Chicago police officers will see when they strap on new virtual reality headsets to train for encounters with people who are suffering mental health episodes. In this video, officers encounter a man with autism who’s having a mental health crisis. 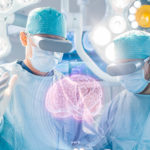 Do you know about VR in the healthcare industry? We introduce case and effect of use. 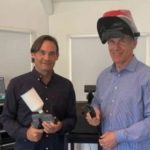