Training that uses virtual reality has the potential to encourage people to be more empathetic or adopt new perspectives, and it appears to be more effective in changing behavior over the long term than other forms of training, such as role-playing. There are compelling reasons to use VR for training, yet many corporate L&D teams are hesitant to adopt the technology.

The resistance might be based on assumptions around the cost of a VR-based eLearning solution, the need for specialized equipment and spaces for learners to use VR, or a lack of clarity around when VR is an appropriate or ideal medium—and when more conventional formats are preferable.

The eLearning Guild’s Realities360 Conference and Expo offers an opportunity to dig into all three of those areas and gain a deeper understanding. For those who are wondering when and why it might make sense to consider VR-based training, though, a simple acronym can help: DICE.

The acronym, coined by leading VR researcher and head of the Stanford Virtual Human Interaction Lab (VHIL) Jeremy Bailenson, stands for Dangerous, Impossible, Counterproductive, or Expensive and rare. In his book Experience on Demand, Bailenson applies it to a discussion of when to use virtual reality. The analysis, applied to eLearning, offers useful guidance in deciding whether VR is the correct medium.

VR is a useful way to create training and practice scenarios that are too dangerous to practice in the physical world. Among the earliest VR-based training modules were things like flight simulators. Pilots can practice for many hours in an environment that mimics what they’ll experience. But if they make mistakes that damage or crash the virtual plane, no one gets hurt. The possibilities for safety training are myriad.

VR makes the impossible possible. A VR simulation allows learners to take on a new identity and experience a situation from multiple perspectives that are otherwise unavailable to them.

VHIL studies have placed participants in avatar bodies that are of different genders or races to test the potential for increasing empathy or encouraging openness to diversity. Men can experience harassing behavior while in the body of a woman; anyone can experience racism and other forms of harassment and discrimination while in the body of an avatar of a different race. The visceral experience can feel real enough to change the learner’s behavior toward others.

Time travel is another impossibility, but using VR to experience a historical site as it might have looked and felt 100 or 1,000 years ago is a feasible and exciting educational use of VR.

Some situations that a learner can experience in the physical world come at a significant cost. In an interview for Learning Solutions, Bailenson mentioned one: A father in the 1970s, catches his son smoking a cigarette, sticks him in the closet, and forces him to smoke a carton to learn a lesson. You learn that lesson—but at some cost to your lungs.

Parallels in the corporate or safety training arena could include the public service and other campaigns that simulate the dangers of distracted driving or texting while driving, which falls into the sometimes overlapping “dangerous” and “counterproductive” categories. Corporate safety training could also land here. Training around safe use of ladders or carrying heavy loads might be far less dangerous than texting while driving or fighting a fire, but moving the training into a virtual space eliminates even the minor injuries that could occur while allowing employees to practice safe behavior over and over until it becomes habitual.

A more mundane example might be various customer-service scenarios where servers, sales personnel, receptionists, and the like practice interacting with customers who might be impatient, angry, or rude to them. These employees often do learn on the job how to improve their responses and find solutions, but they might make blunders along the way that damage their relationships with customers or colleagues.

Finally, VR offers the potential to create experiences that are too expensive or rare to practice in the physical world.

An example Bailenson cites in his book is setting up simulations of rioting or demonstrating crowds to train police officers. In the interview, he mentioned training that Walmart provides for seasonal employees who will face Black Friday shoppers. In both of these instances, the learners need to choose appropriate responses in crowd situations that are emotionally charged and constantly changing. Just knowing what to do and reading about the experience—or watching a video—doesn’t adequately prepare learners for the reality. But practicing in VR can reduce their anxiety and help ingrain a calmer, more measured response than they might have without practice.

Other expensive or rare experiences are less stressful: Field trips to far-away places, visits to dying coral reefs to see the impact of warming or acidifying waters, guided tours of a lunar lander, a nuclear sub, or the site of a historic battle become feasible for far more learners through VR.

VR offers opportunities to practice skills that are costly or difficult to practice in the physical world as well. Surgeons can practice difficult operations on a virtual patient, improving their skill to the benefit of their living patients. Organizations ranging from NFL teams to the military, hospitals, and home improvement stores are adopting VR training for skills practice in a bid to reduce costs while dramatically improving performance.

Join us at Realities360, June 25 – 27, 2019, in San Jose, California, to explore the uses and benefits of immersive training using virtual and augmented reality. To learn more about the potential of VR to change behavior, download The eLearning Guild’s recent research report, Augmented and Virtual Reality for Behavior Change, by Julie Dirksen, Dustin DiTommaso, and Cindy Plunkett. 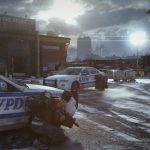 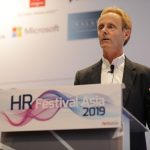 Josh Bersin: Managing the workforce for the future