Microsoft Aims to Improve VR for Users with Vision Problems

Microsoft researchers have created a tool that could make VR more accessible to users with impaired vision.

Called SeeingVR, the tool kit is designed to address a problem that affects users with low vision, or vision that can’t be corrected by prescription glasses.

As reported by Engadget, Microsoft researchers teamed up with Cornell Tech and Cornell University to create SeeingVR, a kit intended for Unity developers to integrate into their VR projects. SeeingVR includes 14 different tools that address a variety of vision issues.

The team’s purely visual tools include a magnification window, bifocal magnification, brightness and contrast enhancements, edge enhancement, an overlay that lets you see a miniature outline of you peripheral vision, configurable text (color, boldness, and size), depth measurement tool, a ‘guideline’ tool for better user orientation, a whole-scene recoloring tool, and an object highlight tool—similar to edge enhancement, but for specific objects in the scene.

“A user can select, adjust, and combine different tools based on their preferences, the team’s research paper states. “Nine of our tools modify an existing VR application post hoc via a plugin without developer effort. The rest require simple inputs from developers using a Unity toolkit we created that allows integrating all 14 of our low vision support tools during development.”

The team will be presenting their findings in May at the ACM CHI Conference on Human Factors in Computing Systems conference in Glasgow, Scotland.

Microsoft Aims to Improve VR for Users with Vision Problems 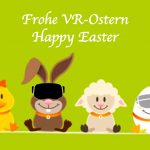 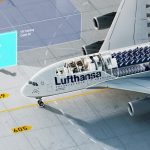