Wanna try a new sport? For many of us, competing in a sport ended with high school or college. For others, sports is something you watch for hours on the TV or is something that helps you and your friends build a fantasy sports league (Go sports team!). Heck, even lifelong athletes and gym rats are looking for something new to do.

After being an athlete for a huge chunk of my life, exercising wasn’t enticing to me anymore. I swam and played water polo competitively and by the time the last game ended, I was totally over it and I said so long to the grind of athletics.

Long story short, I was out of shape, had low energy, and wanted to try something that would be as fun as gaming. Playing PC games like Overwatch, Killing Floor 2, and others had me sitting for hours during the week and weekend.

They were and still are entertaining to play, but before VR, I missed being full of energy, self-confidence, and being light on my feet like a ninja. Being dexterous with a keyboard and mouse and having slouchy posture wasn’t helping me any.

So what’s a former athlete, gamer, or low energy person to do when they’ve got the urge to try a new sport but have no idea where to start or what to try?

For me, the answer was as simple as: Play sports in VR first.

Why Play Sports in VR?

Sometimes trying new things or going to the gym in real life can be intimidating. Or, what we want to do just doesn’t match our current physical abilities or level of commitment for that matter. Everyone comes to the table with different interests, comfort levels, and self-defined goals that motivate them.

In a recent article, I said, “VR isn’t a one-size fits most community.” — and I meant it. What’s so damn impressive about VR is that it will meet you where you are right now and is super rewarding! It’s like playing a video game where you become the character, your body’s the controller, and the effort you put in the game gives confidence, movement, and energy right back to you.

In VR, every game in the metaverse is different. And for every game, people will find their own reasons to play and replay it. One person may lean towards playing a VR eSport combat game with a team or a mixed single and multiplayer FPS and racing game. While another will want to play games that allow them to jump into a game quickly to shoot hoops, play ball, or box and go about their day.

Trying different VR games makes getting active and healthier fun. But, it also has the power to influence us to crossover into trying our hand at a class, match, and sport in reality. VRFI contributor and fit gamer, Kevin Brooks, tried games like table tennis and boxing and ended up trying them in real life!

This list is a great place to begin venturing into VR and sports games. Click on the game title for a fitness review.

Creed: Rise to Glory (Survios): This is a single and multiplayer PvP boxing title. This is a cinematic and high-quality boxing game that puts you in the ring with the film’s famous boxers. Train with heavy bags, speed bags, dummies, and more. Great workout to inspire you to step into a real gym. Get it here and here.

BOXVR (FitXR): This is a single and multiplayer PvP platform boxing game that’s specifically designed for fitness. It focuses on fighting stance, punch combos, tackles the upper body, core, and lower body. Using this game as a full-on workout or as preparation for a boxercise class is worth it. Get it here.

Sparc (CCP): This is a single and multiplayer PvP game that resembles dodgeball or extreme frisbee, except with deflection abilities. Throw glowing spheres, deflect other players spheres with a shield or knuckle guards, and work to keep charges full. Great preparation for an adult dodgeball or extreme frisbee team, without the sting of a ball or ground. Get it here and here.

Racket NX (One Hamsa): This is a single and multiplayer PvP game that plays like futuristic racquetball. Aim at polygonal tiles to collect points and use arm strength to put fire behind serves and swings. Keep both feet adjusted and ready to move, the balls will be ricocheting wildly. Awesome coordination training for tracking real racquetballs. Get it here.

Beat Saber (Beat Games): This is a single and multiplayer game that uses music, rhythm, and slice moves. Use two glowing sabers to slice blocks in half in 90 and 45 degrees and in up, down, and side to side motions. Also uses squatting and side leg lunges for a lower body workout. Great workout that will help you practice your dance moves and rhythm before heading into a dance class. Get it here and here.

Virtual Reality has a smorgasbord of single and multiplayer sports games that anyone can jump into for fitness, to feel lighter on their feet, build confidence, and to have more energy or variety in our lives. Most importantly, it gives us the power to try new things so we can decide if we like a sport or activity before we try it out with a real team, at the gym, or courtside. 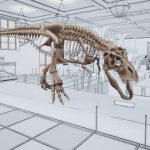 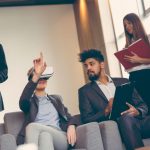 How To Leverage VR Training To Create Better Onboarding Experiences