HTC Vive and the American Museum of Natural History have teamed up to bring the mighty Tyrannosaurus rex to life, or at least as close to real life as possible with the help of virtual reality. Specifically, the collaboration led to the creation of a multiplayer interactive VR experience for the upcoming T. rex: The Ultimate Predator exhibition, scheduled to take place at the American Museum of Natural History from March 11 to August 9.

To be precise, the exhibition will not be based entirely on VR. Far from it, as the museum will showcase a number of life-sized T. rex models, casts, and fossils at various life stages, as well as the “most scientifically accurate representation” of the Mesozoic Era’s most iconic predator to date.

But in addition to all the physical exhibits, the American Museum of Natural History along with HTC Vive will also give visitors a chance to experience the might of the extinct dinosaur in a virtual multiplayer experience called T. rex: Skeleton Crew.

The VR experience was developed by VIVE Studios in collaboration with the Museum’s Science Visualization team and Immersion, a VR studio that has previously created various VR experiences for Goodman, Merck, Bayer, and more. The VR application allows up to three visitors to share a virtual space and work as a team to put together a T. rex skeleton piece-by-piece. Once completed, the dinosaur will “come to life” in the virtual environment.

Although T. rex: Skeleton Crew is technically a VR product created exclusively for the American Museum of Natural History and this particular exhibition, a home version will be made available at a later date this summer when it’s expected to release through the VIVEPORT platform. Details regarding potential launch pricing are missing.

The Tyrannosaurus rex, as known in popular culture, lived roughly 68 to 66 million years ago in what is now western North America, however, early tyrannosaurs which were smaller and less equipped to deal with the harsh prehistoric environment have been found to date back to around 150 million years ago.

The T. rex is one of the last non-avian dinosaurs and tyrannosaurids known to have existed up until the Cretaceous-Tertiary mass extinction that took place around 66 million years ago, wiping out roughly three out of four animal and plant species on Earth at the time. The T. rex is one of the most known dinosaurs in popular culture, and it has been featured in a number of entertainment mediums including video games and film. Now the mighty T. rex transitions into virtual reality with the help of HTC VIVE.

HTC’s VR platform may have not gained the expected high level of popularity amongst gaming enthusiasts due to high initial prices which led to low adoption rates and inevitably to relatively poor third-party developer support, but it has been used as an interactive educational tool in the past as well as an entertainment piece of technology in VR arcade halls.

Despite financial issues, HTC continues to push VR forward and has high hopes for the medium in the 5G era. A short sneak preview of T. rex: Skeleton Crew application developed for the T. rex exhibition can be seen in the trailer video below. 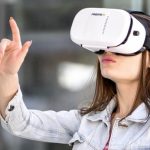 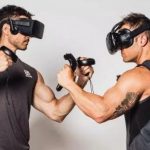