Oculus Go is an all-in-one VR headset — it is a “standalone’ with no need for a PC or phone — and it comes with simple 3DoF movement tracking for both the headset and its single hand controller.

This means Oculus Go is best used seated and many of the most compelling VR games like Beat Saber and Superhot will never work on this system. Even so, Oculus Go can be quite compelling for private video viewing or for occasional games. Here’s our guide to the headset itself, accessories you might want to think about and the first games and experiences you should buy for the headset if you decide to pick one up.

What is Oculus Go? Oculus Go’s $200 pricing was leaked in mid-2017, but the headset was formally revealed at the Oculus Connect 4 VR developer’s conference. The system started shipping in May 2018 starting at $200 in two versions that differ only in storage capacity — either 32 GB or 64GB for around $250.

Facebook advertises Oculus Go as supporting more than 1,000 apps and games because it is built on the framework the company built years earlier for the Samsung Gear VR. Millions of people received Gear VR bundled for free with the purchase of a Samsung phone, but because the VR mode on these phones drained power so quickly not many people wanted to expend the energy and time to use their phone this way. While it doesn’t require a phone to operate, Oculus Go uses an app on Android and iPhone to manage the headset and activate a casting feature so that a friend can see what the player in VR sees. Oculus Go features integrated audio, so it has a microphone built in and sound comes out of the sides of the headset near the ears. You can also connect standard 3.5 mm headphones.

Advice: Oculus Go is a dedicated standalone VR headset that solves some of the problems facing phone-based VR combined with the strongest library of content you will find in this price range. The best VR games available on Oculus Go range in size considerably from Virtual Virtual Reality at 315 MB to Eclipse: Edge of Light at around 1 GB. Hopefully, apps like Netflix add support for locally downloaded videos but that’s not the case as of this writing, so there isn’t a huge reason to upgrade for the extra storage since you can re-download apps at any time.

As long as you’ve got solid Wi-Fi connectivity, there’s YouTube VR and Netflix apps as well as a robust Internet browser for other Web-based services and videos. If you’re not connected to the Internet, Oculus offers video rentals and purchases that can be locally downloaded and it is possible to sideload content onto the device with some work.

Advice: 32 GB is plenty of storage for most Oculus Go owners, but if you opt to buy 64 GB it is because you like having lots of local content and are expecting to store lots of videos internally on the headset itself.

Oculus Go’s internal battery is non-removable and lasts two hours or moredepending on what you’re doing.

Advice: A battery pack is incredibly useful for extending the battery life of Oculus Go and having a charged up pack on hand can mean the difference between using the headset and deciding now isn’t the right time.

There are a number of carrying cases you can get for Oculus Go ranging from unofficial ones priced around $20 to the official case, pictured below, priced at $35. Advice: We’ve tested both these travel cases with Oculus Go and each provides ample room for a battery pack, cords, controller and the headset itself. You won’t be able to fit a gamepad in these cases but it’s not exactly a necessity to carry that with Go.

A gamepad isn’t necessary for Oculus Go and there aren’t a ton of games which utilize it. Even so, it is possible to connect a PS4 controller, some Xbox One controllers and even the Nintendo Switch Pro controller to Oculus Go. At the time of this writing, Minecraft VR isn’t officially supported on Go and that would be the biggest reason to prioritize connecting a controller to the system.

Advice: Most Oculus Go buyers probably shouldn’t bother with a gamepad, but for those that need it you can certainly connect one.

There is some really engaging free software that can you can download to Oculus Go for a taste of what the headset offers. For example, Face Your Fears, Bigscreen, Pet Lab, Bait! and Guided Meditation VR, are all free up front and provide a nice cross-section of the kinds of experiences and interactions that are possible with Oculus Go.

Also be sure to check out free family-friendly Oculus-backed projects like Henry, Coco VR and Crow: The Legend.

Advice: Start with these free apps and games when you first get the headset then move along to the paid games.

The pathway from Gear VR to Oculus Go means a number of developers have honed the design of their VR games for this headset over a number of years. But for quality gaming on Oculus Go you’ll want to take a closer look at the following titles in the Oculus Store:

Advice: If you’re new to VR games we suggest starting with a friend playing Keep Talking and Nobody Explodes and then see which of the other games on the above list look interesting to you.

We have to warn that sideloaded apps are not vetted by Oculus. Nonetheless, it is certainly possible for you to install them at your own risk, just keep in mind that they could affect the security or stability of your headset.

We provide that warning up front because well-made Android apps like Netflix and Amazon Prime Video — apps which let you download videos for offline viewing — are important enough to some people that taking the risk of sideloading content is worth it.

Advice: Check out our step-by-step guide for how to sideload content onto Oculus Go if you decide you need to have a few apps that aren’t available from the Oculus Store. 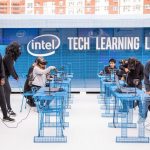 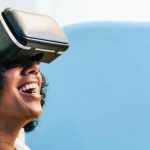 The Best VR Apps For Education