Microsoft Garage today revealed its latest project, Sketch 360. Sketch 360 is a drawing app for Windows 10 devices that be used to create 360 drawings from a single point looking out in all directions. It enables anyone to easily sketch and prototype 360 degree VR scenes. These created 360 sketches can be viewed in a web browser or on sites like Kuula.co or Facebook which support 360-degree photos.

“Sketch 360 is another really exciting tool for designers, just like Microsoft Maquette will be for in-device rapid creation. We want to empower creators to be more productive with Windows Mixed Reality and this Garage project joins a group of experiences all aimed at that. Microsoft Maquetteis a mixed reality tool for creating immersive prototypes using a PC VR headset. While Maquette strives to make spatial prototyping fast and easy with a focus on 3D objects, Sketch 360 focuses on the setting around those objects. Designers can use these two, complementary experiences to prototype both the environment of a VR experience and the elements within it,” said Tom Mignone, a Program Manager on the Mixed Reality User Experience team. 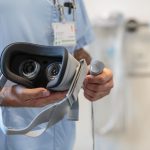 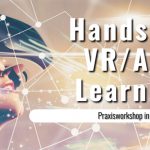